For weeks we have seen the country go from fighting the coronavirus to protesting for racial injustices happening in the Black communities around the country. Although racial disparities and racial tension in America is anything but new, it has been magnified with the killing of three unarmed Black Americans: Ahmad Audbrey, Breonna Taylor, and George Floyd. Add to that the shooting of Rayshard Brooks, and the hangings of Robert Fuller and Malcolm Harsch.

Right now, Black Americans are literally fighting to survive the coronavirus, unemployment, and police brutality all at the same time. Of the three, it’s the police brutality that has taken its toll for hundreds of years with no relief in sight. Black Americans have been seen as a threat since arriving in America. We have fought for our freedom and our rights, but for what? Just to keep getting arrested, beaten, and killed because we’re Black and want equality? In the year 2020 we shouldn’t have to worry about fighting for our lives just because we come in contact with the police. It seems like an odd question to ask, but how long will Blacks be seen as a threat in America?

“I think we might always be seen as a threat,” said Kassandra Allen, a sophomore at Kennedy King Community College. “That kind of bias doesn’t go away, especially when people are being taught that we are a threat. It might go away, but not anytime soon. It would take a lot of time for us to be seen as equals.”

“That kind of bias doesn’t go away, especially when people are being taught that we are a threat. It might go away, but not anytime soon. It would take a lot of time for us to be seen as equals.”

Maya Hunter, a sophomore at Columbia College Chicago, believes nothing will change until White people shift their thinking. “We will be seen as a threat until this country is actually built on equality and is not just a safe haven for White people. They will continue seeing us as [this threat] until they realize that we are not property, target practice, or think that we can be replaced. Only when we all have equal rights, and they view us in a better light, will we stop being a threat to America.”

According to Aaron Mitchell, a senior at Gwendolyn Brooks College Prep, Black people will always be looked at negatively because our unity threatens the power of the elites. “They are afraid of us because they are scared of the power we hold. Which is why we’re always pitted against each other.” 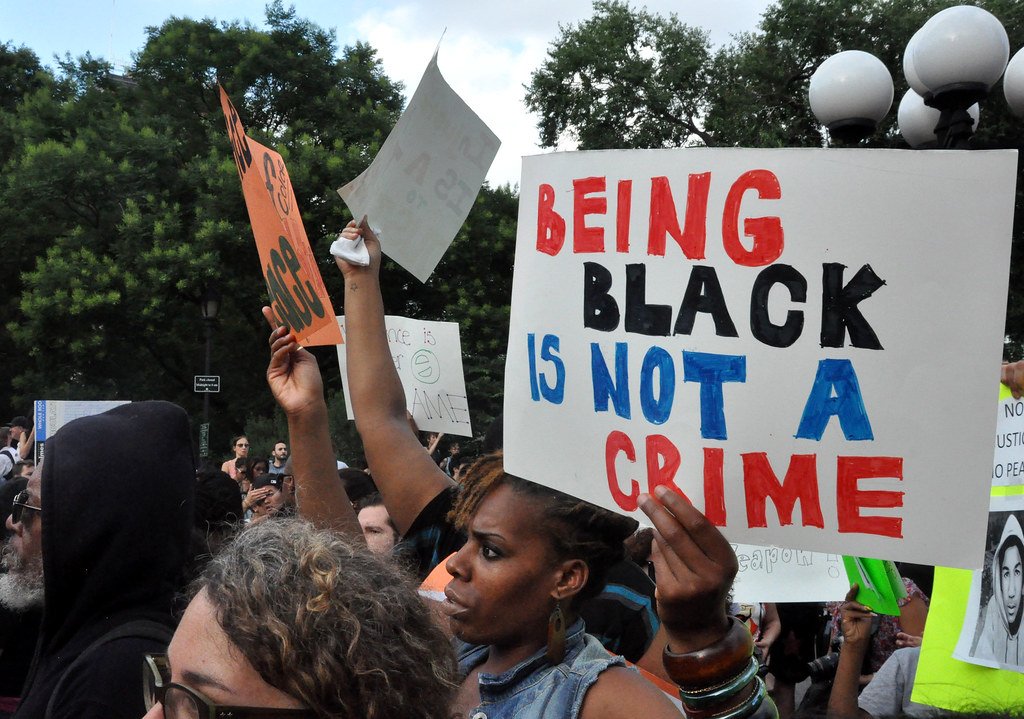 With so many social and racial injustices affecting the Black communities in America, I don’t know how long it will take for us to not be seen as a threat. What I do know is we all have to take part in the change in which we wish to see whether we protest peacefully, vote when we are able, or are productive with educating our counterparts. One thing is for sure, we will keep fighting for equality for as long as it takes.