Kyle Rittenhouse was recently acquitted, being found not guilty on all charges by a 12-person jury of five men and seven women. The case centered round the three shooting that Rittenhouse carried out last summer in Kenosha, Wisconsin following the shooting of Jacob Blake.

Protests erupted over the weekend in major cities across the country as many ill-informed dissenters voiced defeat and rage about Rittenhouse, A.K.A., “the Right’s White Vigilante,” surviving five felony charges.

In Portland, Ore., authorities referred to one incident of protesters near the Multnomah County Justice Center transforming into a riot, warning those present to depart from the area to prevent the risk of being caught in the middle of violence. Portland Police Bureau noted, “a significant part of the crowd” were using “violent, destructive behavior,” which involved breaking windows and throwing objects at officers.

In Chicago, an estimated 60 and 100 protesters marched near the Federal Plaza, marching downtown. Some signs read “STOP WHITE SUPREMACY” and “WE’RE HITTING THE STREETS TO PROTEST THIS RACIST INJUSTICE SYSTEM” with a picture of Rittenhouse carrying a weapon. CBS Chicago covered the visibly flustered crowd. They made it to Michigan Avenue and Madison Street before the CPD halted the demonstration. The media outlet also reported, a number of robberies took place in the area.

Everywhere, people are voicing positions on the subject of the Rittenhouse. Unfortunately, many are unknowing of what happened during the trial. So let’s answer a few questions for the poorly informed who are heavily contributing to the divide in America.

Why did Kyle Rittenhouse illegally cross state lines with an automatic rifle?

To begin, Rittenhouse did not possess the AR-15 illegally. According to USA Today, Rittenhouse and his friend, Dominick Black, agreed a year ago that Black (who was 18 at the time) would use Rittenhouse’s money to purchase the weapon at a Wisconsin hardware store in May 2020. According to court testimony, the two reportedly agreed Black would keep the gun until Rittenhouse turned 18 in January 2021. The legally purchased rifle never crossed state lines, as Black kept the gun in Wisconsin. Also, shocking news folks, crossing state lines is not illegal.

Arguably the most persistent “fact” of the Rittenhouse case, not all the people involved in the incident were Black Lives Matters demonstrators.

A popular figure nowadays, Joseph Rosenbaum, 36, was a deranged man, literally. Just hours before the protests, Rosenbaum had been released from a hospital following psychiatric care for a suicide attempt. Also, Rosenbaum was seen in several videos, causing destruction, tipping over a Porta-Potty, setting fires, wielding a chain, and at one point, shouting the N-word.

Unlike Rosenbaum, Gaige Grosskreutz, a then-27-year-old EMT, seemed to have good intentions while at the protests. He said he had gone downtown dozens of other nights that summer, strictly, to provide medical aid to anyone in need, regardless of political affiliation. Grosskreutz told the jury that he frequently attended demonstrations as a volunteer medic and deliberately chose to not affiliate with either side.

Anthony Huber, 26, was, according to his girlfriend, Hannah Gittings, protesting that night. Huber continuously hit Rittenhouse with a skateboard in his left hand and attempted to grab his gun with his right hand. Huber’s great aunt, Susan Hughes, said Huber knew Jacob Blake personally and was upset by the incident.

Did Rittenhouse go downtown on August 25 to answer a “call to arms” put out by a Kenosha militia group?

Fact, a “Kenosha Guard” militia group on Facebook did issue a “call to arms” in response to the violence on August 25. Fiction, Rittenhouse went downtown to answer the call. Facebook confirmed that Rittenhouse had never been a follower of the flagged page; he wouldn’t have even known about “the call.”

So what was Rittenhouse doing that day? He testified he and Black went downtown to guard the Car Source, a Kenosha car dealership, during the tension and were under the impression they would be compensated for their protective services.

Numerous news sources are deliberately consistently providing the public misinformation, which is causing a societal storm. It’s a shame that the media is intentionally causing civil unrest amongst Americans for their own advantageous benefits.

The media controls everything because they know everything but, they often intentionally leave out essential information and create controversial narratives, which causes a divide in America. They have no moral efficacy sometimes. The partly falsified information the internet and media outlets have released have led to this recently acquitted 18-year-old becoming the hate symbol for every leftist.

Long story short, everybody, don’t trust everything you see on the internet, DO YOUR RESEARCH. 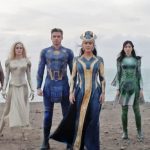