Let’s face it, Issa isn’t the only one with friendship problems.

I’ll try my best not to spoil anything, but if you’re anything like me, I’ve been indulging in Season 4 of HBO and Issa Rae’s “Insecure.” Because the story lines are so real and so authentic, I can’t help but sit back and look at my own friendships, whether they’re failing or thriving. I’ve  always wanted that friendship that Issa and Molly have (oops I mean, I had), but definitely not after the first episodes of Season 4.

Here are four red flags that will help you determine if you have that one “Molly” friend:

If you’ve been tuning in every Sunday evening, then you’ll know that Issa has been planning a community block party that showcases Black talent, businesses, and culture for the longest with the help of childish Condola (that’s a different story that we’ll save for next time). Before the actual block party, Issa lost her performers because of petty Condola. Issa asked her good friend Molly to ask her boo, Andrew, to see if he could pull some strings to get some performers with the help of his job at LiveNation. Molly later tells Issa that she won’t be asking Andrew. (WHAT DO YOU GAIN, MOLLY?) On last week’s episode (S4: E5), Issa’s big day finally came, just for her best friend Molly to rain on her parade by complaining that Issa is never there for her when it comes to Andrew. Now, If I’m not mistaken, when Issa was at her absolute lowest Molly would unload all her problems on Issa, without ever asking her how she was doing. Did I hit a soft spot yet?

TAKE NOTE: Have you ever had a friend that always tries to steal your shine when you’re doing something great? If your friend can’t celebrate your wins and accomplishments, why are they even your… friend?

On last week’s episode, Molly blows up on Issa at her event after finding out that through Nathan, Issa received Andrew’s help to get Vince Staples to perform at her event. Molly girl, did you think this was the right time and right place? In the middle of the very heated argument, Molly mentions Issa’s past and says “…you stay needing one little a** favor” and “Nobody has more drama than you, Issa” with plenty of people around to hear. If I’m not mistaken, didn’t Molly start talking to Andrew because of… Issa and doesn’t Molly have an issue every episode?

TAKE NOTE: Friends aren’t supposed to air your business out to the whole world as soon as you have a disagreement.

Failed relationship after failed relationship (Jered, Dro, Lionel Jidenna), Molly always found some way to complain to Issa, but when it came to Issa’s issues with Lawrence, Daniel, or Nathan, Molly was dead silent.

TAKE NOTE: I can’t stress this enough. If your friend constantly has you third-wheeling, declines all your calls to talk to their boo, and only talks about their relationship with you, then it’s time to move on.

If you’re anything like Issa, you’re always reaching out and apologizing to your friend, when you didn’t even do anything wrong. There are two or more people in a friendship and if one person never wants to be held accountable and never sees what they do wrong, you’re going down a dead end.

TAKE NOTE: You can’t be the only reaching out and trying to keep the friendship alive.

“Let her reach out to you. She’s wrong too. Effortless bars!” – Mirror Issa

If you find yourself realizing that your friend has given you at least two of these red flags, it’s time for you to stop watering a dead plant. Sometimes you outgrow people and they no longer serve you any purpose. Accept that your friendship only lasted for a season and move on. 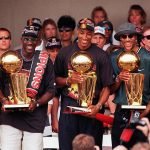 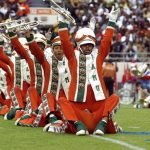