I think after the events of the past few days, we can all come to the agreement that any hopes we had for 2021 to turn out any less eventful then 2020 have officially been crushed. This month so far has thrusted America into a political hail storm. From coups on the Capitol building to conversations to invoke the 25th amendment on Donald Trump, it’s safe to say that the American school system has a lot of exciting material to include in future history books.

The amendment in question states–in simple terms–that if the current president becomes unable to do his job, the vice president takes over in their place. Though this particular part of the constitution has never been used to strip a sitting president of power, the likeness of it happening would be extraordinary. But nothing is set in stone, meaning if Vice President Mike Pence chooses to listen to the calls and advice of Democratic House Speaker Nancy Pelosi, it would put Pence in power for the remaining days of the duo’s four-year term. If this is something Pence doesn’t plan to do, Congress has stated that they are prepared to impeach Trump instead. A resignation is also something that could happen, but based on Trump’s prior prideful behavior that probably won’t take place.

Trump recently released a three-minute pre-recorded video appearing cooperative. He even spoke against the rioters he hyped up. Anybody with good sense is fully aware that he is simply trying to save himself from the negative consequences of his actions. But it’s too little to late to act presidential.

In a rare and historic situation like this, only time will tell what will happen. The inauguration of Joe Biden and Kamala Harris is still set to take place on January 20th. One thing is for sure, the shift of power can’t come soon enough. 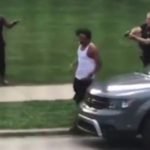 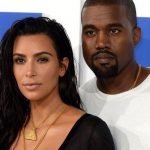