Howard University has decided to pay homage to one of their alumni, Chadwick Boseman, by naming their College of Fine Arts after him. He graduated in 2000 with a Bachelor of Fine Arts in directing.

Shortly after the actor’s death last summer, students attending Howard began a petition in favor of naming the College of Fine Arts after Boseman, according to the Washington Post. This petition has since gained nearly 60,000 signatures.

“It kinda makes me sad the university couldn’t give him his flowers and do it when he was alive, but I’m glad they’re honoring his wishes and making it happen,” said Lloyd Maxwell, a sophomore at Howard University.

“I think it’s very important to acknowledge alumni that have done great things and I think at this moment in time, Howard chose to take a great step in a bright direction by naming the fine arts building after an astounding alumni,” said Jaden Ellison, also a HU sophomore.

As Maxwell said, it is unfortunate that the school couldn’t show their appreciation for Boseman while he was alive, but at least they’re doing something in honor of him now.

Boseman was an amazing and extremely talented actor and overall creative, and it’s nice to see that even after his passing, he’s still being uplifted and appreciated. 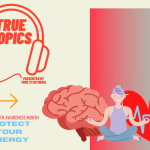