Illinois State Sen. Mike Simmons is no stranger to “hair discrimination” and has introduced a bill to address what he and other African Americans have been increasingly subjected to over the last few years.

Simmons said the bill is about responding to injustices he’s read about in the news both before and after becoming a state senator earlier this year.

Simmons, the first Black person to represent the North Side of Chicago in the legislature, knows what it’s like to be “humiliated” in front of other kids because of a lack of understanding or acceptance of his hairstyle.

“I understand what this feels like personally, to be made to be humiliated in front of your classmates. To have authority figures belittle you and humiliate you in front of other people because of something that is God-given is entirely unacceptable,” Simmons said, according to the Chicago Sun-Times.

A 4-year-old on Chicago’s West Side was forced to take out his braids after being “really excited” to get them, something Simmons said is “unacceptable” in 2021.

“In 2021, we all want to be on the right side of history on this. … I think a lot of people agree that these policies are outdated, and so what I’m trying to do is bring our policies into the current moment that we’re living in now, and so that means that young people should be allowed to wear their hair the way they want, the way their families … want [them] to wear their hair,” Simmons said, according to the Chicago Sun-Times.

The bill would ensure the state’s schools don’t apply their school uniform or other dress code policies to hairstyles, “including hairstyles historically associated with race, ethnicity, or hair texture, including, but not limited to, protective hairstyles such as braids, locks, and twists,” according to the language of the bill.

Simmons has said he’s all about youth empowerment and supporting the next generation.

“I want the next generation of young folks, from all backgrounds, to have the same opportunities I had, and I don’t want them to have to go through some of the same things I went through,” Simmons said, according to the Chicago Sun-Times. “I don’t want them to think there’s something wrong with them or their hair, or like they can’t have that basic level of dignity.” 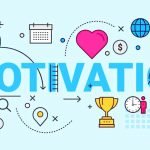 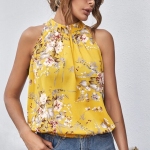