In the beginning, when COVID had just hit the news, civilians in Illinois began to think that COVID-19 was just another virus, something to scare people that weren’t being safe. Sure enough it became a nightmare! The cases in Illinois began to rise and stay-at-home orders began to be put into play. Schools began to shut down due to safety protocols and sports fell in line. Some students saw this as an early vacation, others saw this as nothing; just another time and opportunity to work and grind harder.

In the early days of July, Governor J.B. Pritzker made an announcement establishing that all sports were cancelled for the fall. At the minimum, sports would be at best played in the spring time. All platforms of social media began to buzz as soon as the news came out. Slowly but surely, athletes began to continue to workout, commit to schools, and transfer to schools out of state–grinding. Hopes of having sports in Illinois any time soon were out the window. No matter how many protests or rallies were made, the governor was not backing down.

Fast forwarding to January 27th, 2021, at 3:40 to be exact, Twitter got ground breaking news from the Illinois High School Association (IHSA). As of right now the “high-risk” activity of girls and boys basketball is permitted to begin practicing immediately, however, only regions in phase 4 of COVID mitigation rules can begin competitive games, according to nbcchicago,com. Practice for football can begin March 3rd. Games can start on March 19th in areas that are in Phase 4 and end on April 24.

Twitter, Instagram, and even Snapchat began to jump with excitement! Coach Terry Jones, Head Coach of the Perspectives Warriors and President of the CPLFC (Chicgao Public League Football Coaches), was pleased with the recent news. “I feel good that sports are returning this spring. …All the power and glory goes to God… God made the final decision.”

Even with all this good news, we can’t overlook the fact that CPS has the final say on when games can officially be played again. With the situation being what it is with COVID and a looming teachers strike ahead, all we can do is hope that decisions are made in the athlete’s favor. To learn more about the scheduled start and end dates of your favorite high school sports in Illinois, visit the IHSA website by clicking here. 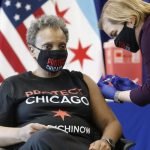 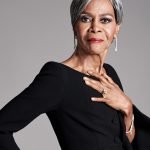