The tragic death of George Floyd is something that the Black community continues to feel almost a year after it took place. It sparked protests and riots all over the country. The thing that’s most upsetting though is the fact that this is something that happens so often.

As great as it is, that the family is receiving money from the city after the wrongful death of their loved one, no dollar amount can come close to taking their pain away or bringing Floyd back to his family. We see when it comes to the wrongful death of Black people at the hands of police how in some cases money is thrown at the families of these victims but no actual justice is served. We saw this with the Breonna Taylor case as well. The $12 million that the family of Taylor was given was considered “a record settlement” according to Courier Journal. When are we going to train officers right so families don’t have to keep getting “record” and “historic” settlements?

Derek Chauvin, the former Minneapolis police officer that put his knee on Floyd’s neck, will be going back to trial for a third-degree murder charge. Opening statements are said to begin on March 29th. If the city can throw money at the family so quickly, why is the trial taking such a long time? The powers that be can give these families of victims “historic” amounts of money, but if the person that stripped their life away still gets to live free, this vicious cycle will just continue.

Black lives are worth more than just a few million dollars. Money is great, but seeing actual change and those who did wrong being held accountable is even better. 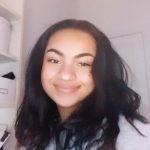 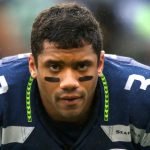