Before the age of the smartphone and Apple’s domination of the tech industry, there was the age of the flip phone. In the early 2000s, flip phones were seen as a luxury, something sleek and cool to have in your hand. The narrative drastically changed when the iPhone was released in 2007, and the flip phone fell out of fashion. As we’ve seen in many cases, history tends to repeat itself. Along with the resurgence of Y2k fashion and aesthetics, the flip phone industry is also on its way to revival.

The rejuvenation of Y2k culture is a major factor in flip phones coming back into popularity. It seems like as camera quality on smartphones becomes better and better with time, Gen Z has become more obsessed with making their pictures look grainier to achieve the 2000s Polaroid/flip phone look. Taking pictures/selfies on a flip phone would save people the hassle of editing their pictures to look more vintage. Buying a flip phone is not solely for the aesthetic nowadays, though. Many Gen Z-ers have argued that the flip phone’s simple design and functionality make it so they spend less time on social media or playing games on their phone. A common phrase that my mom always used to yell at me was: “It’s because of that damn phone!” This was usually in response to me forgetting to do chores or breaking the household rules. As a child, I never thought that my forgetfulness or laziness was due to my screentime, but as I’ve gotten older I’ve realized that maybe my procrastination is because of my damn phone. Forcing yourself to reduce the amount of time you spend on your phone by buying a flip phone, may be just what you need to stay focused at work, school, or any project you might be working on.

Many celebrities have also taken part in the resurgence of flip phones including Dove Cameron, Camilla Cabello, and Anna Wintour (editor-in-chief of Vogue). Kim Kardashian has even expressed her love for her Blackberry flip phone on multiple occasions.

As Generation Z continues to breathe new life into old trends, how far back in history is this generation willing to go? Will we be wearing chainmail armor again in the next few years? Or revert to 1980s brick phones? Only time (and social media) will tell. Do you foresee a flip phone in your future? Reach out to me and let me know your thoughts on the trend. 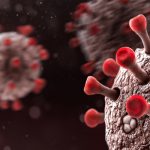 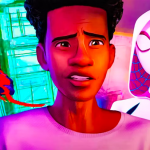