Ortega choreographed the dance herself. She inspired a wave of fans recreating it on TikTok, allowing the “Addams Family” inspired show, directed by Tim Burton, to become Netflix’s top hit. But Ortega’s hard work doesn’t just end there.

In a recent interview with NME, Ortega revealed that while filming the iconic dance scene, she was awaiting the results of a COVID-19 test – a test that would come back positive.

“Yeah, I woke up and – it’s weird, I never get sick and when I do it’s not very bad – I had the body aches. I felt like I’d been hit by a car and that a little goblin had been let loose in my throat and was scratching the walls of my esophagus. They were giving me medicine between takes because we were waiting on the positive result.” Ortega said that filming the scene was “awful” because of her sickness.

MGM, The “Wednesday” production company, confirmed this news. They added, “Strict COVID protocols were followed and once the positive test was confirmed production removed Jenna from set.”

Of course, this news has sparked much controversy on social media from both fans and casual viewers. One viral Tweet said, “This is a bad thing right? We all agree that this is not some “persevering through hardship” moment, it’s a why the **** didn’t she get sent home, she could get horrendously sick or infect others kinda moment.”

this is a bad thing right? we all agree that this is not some "persevering through hardship" moment, its a why the fuck didn't she get sent home, she could get horrendously sick or infect others kinda moment pic.twitter.com/dBlwOf2ulr

Another comment agreed stating, “America has an obsession with grind culture and always sees ppl risking their lives and others for the sake of a job as ‘inspirational.'”

This idea is not a new one. Since the height of the COVID pandemic, there have been lots of debates on social media about grind culture in the workforce. According to Illinois Legal Aid, only recently have Chicago employers been required to give one hour of paid sick leave for every 40 hours worked. In CPS schools, nine or more absences a year considers a student a “chronic truant,” which can become a barrier for graduation, especially if you’re the sickly type.

Many people believe these rules must be changed – if someone is sick, they should stay home to recover, and not have to worry about pay or the ability to graduate. Many students and workers are forced to attend school or work while sick, risking the safety of themselves and others. You’ve probably seen it yourself. A peer will come to school with a stuffy nose and a blistering headache, unable to participate to their fullest. When you ask them why they don’t go home, they say, “I can’t, I have work to do.” You both know they’re putting themselves at risk to become more sick and can possibly spread what they have on to you.

So, where does this leave Ortega? In her NME interview, she said she wanted to refilm the dance scene, but couldn’t due to deadlines. In a better world, some say, she should’ve been given the opportunity to redo the scene and not risk filming while ill.

Do you agree? Should Ortega have waited to film until she got better, or would her performance have not been the same if she didn’t do it when planned? I’d love to hear your thoughts! Shoot me a message and let me know what you think. 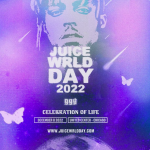 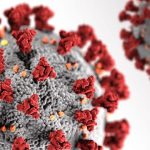