Brooklyn Nets guard Kyrie Irving has made his message clear as day: He will not get the vaccine. Irving has stayed committed to this decision, and it seems as though no amount of money, criticism, or hate will change his mind.

In New York City (home of the Brooklyn Nets), the government has implemented a vaccine mandate that states “at least one Covid vaccine shot to enter indoor gyms.” What does this mean for Irving? He will not be eligible to play in any home games or practice with his team.

Irving has always stood firm on his beliefs and will not let anything get in the way of them. The Nets have stayed patient from the start of his fiasco but have decided they are at their wit’s end.

Initially, Nets owner Joe Tsai compromised with Irving and took the half-a-loaf approach, meaning Irving would only earn from road games. But, now, he has decided this approach is not worth it and publicly stated the Nets will not pay Irving for road games (where he would have been eligible to play). And reports from The Athletic’s Shams Charania reports, the team won’t offer him a $186 million extension he is eligible to sign.

Also, the Nets’ coaching staff will not allow Irving to practice nor play with the team until he complies and gets at least one vaccination shot as ordered by New York City. Furthermore, Nets general manager Sean Marks said Tuesday, Irving’s actions left the organization with “no choice” when deciding to keep him away from the team. Adding, he will be exempt from all team activities until he can become a full-time player.

Nets head coach Steve Nash called the decision by the team “difficult” but “sound,” saying, “Everyone had their say. We are just going to move on, and if things change, it would be incredible to have him back in the fold. It was a tenuous situation to have a player in and out like that. There’s more clarity, and we can focus on the future and get going,” according to cbssports.com.

Irving’s teammate James Harden also had his say on the team’s mutual resolution, “Sean, Steve, me, KD, Kyrie, we all had conversations,” continuing, “Kyrie believes in his beliefs, and he stands firm and strong on that. And for us, we respect it. We all love Ky. But as far as us, we have a job to do.”

Later Harden added, “We still have two pretty good leaders on the team. Know what I mean? And obviously, Ky is our leader as well. We still have myself and Kevin. [We] have to lead, which we are pretty good at that, and go out there and be great every single night.”

Irving has also commented on his controversial decision. A published report by Shams Charania explained sources insist Irving’s refusal to get vaccinated has nothing to do with his skepticism of the shot but everything to do with wanting to stand up for people who must choose between being employed and being vaccinated. To quote, “be a voice for the voiceless.”

Stephen A. Smith, one of Irving’s harshest critics, spoke on the recent reports and the situation itself, saying, “I’ve been covering the NBA now for almost 25 years… this is some of the stupidest nonsense I’ve ever seen. Just flat-out stupid.”

Irving has faced lots of criticism throughout his career for his beliefs and theories. As a result, his teammates and coaches have had to face constant pressure.

While Irving may feel he is advocating for the people, he is actually creating complications no one wants to deal with, especially when preparing for a triumphant season. 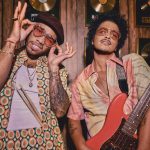 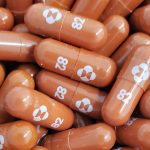