The long-awaited case of Megan Thee Stallion’s 2020 shooting has finally reached a verdict. In the case of Tory Lanez vs. The State of California, Lanez, a Canadian rapper, was found guilty on all three charges of discharging a firearm with gross negligence, assault with a semiautomatic firearm, and carrying a loaded, unregistered firearm in a vehicle. Lanez could face up to 23 years in prison.

Before the trial even began, people already started taking sides, with multiple celebrities and fellow public figures invalidating Megan Thee Stallion’s feelings and even going as far as calling her a liar. Most famously, rapper Drake mentioned the shooting in a lyric in his 2022 song “Circo Loco”: “This bitch lie ’bout getting shots, but she still a stallion.” YouTuber Zach Campbell shockingly called Megan a liar and accused her of crying crocodile tears while she was testifying against Lanez. Lanez himself even released a song shortly after the shooting in which he sang: “Girl, you had the nerve to write that statement on that affidavit, knowin’ I ain’t do it.” The backlash only increased as the trial continued, the most shocking being when hundreds of rumor and “tea” accounts (including TheShaderoom and RapTV) released headlines reading: “Tory Lanez NOT guilty of two charges” before the jury had even reached a verdict (all of which have now been deleted).

Black women being bashed and invalidated by their peers and media alike is not an issue exclusive to Megan Thee Stallion’s case. Even when Black women are trying to protect their male counterparts, the media paints them in a negative light. “Black women are never supported in the media, and even when she tried to protect him by saying she (Megan) stepped on glass because of police brutality at the time (2020 BLM movement), she was deemed a liar and an opportunist,” says a student who wishes to remain anonymous.

Lanez’s fanbase, friends, and supporters never doubted that Megan would receive justice and Lanez would be rightfully charged. Megan’s strength throughout the past two years of being called a liar along with many other obscene things should be commemorated. Even Though Megan received the justice she deserved, many other women of color have not been able to come forward with their stories of violence or abuse because they do not have the means or support system that Megan Thee Stallion had during Lanez’s trial. Zaniaya Burton, a freshman at the University of Toledo, shared her thoughts on the issue: “I wish society would give Black women more slack because it shouldn’t take us putting in so much effort to seek justice and it definitely shouldn’t take our status for someone to care about finding a solution or in this case a verdict.”

Lanez is scheduled to be sentenced on January 27, 2023. We’ll keep you posted on the latest news as it occurs. 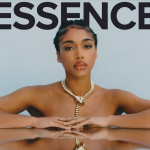 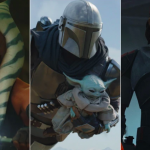