Summer Walker recently dropped her teaser video “Ex For A Reason,” introducing her upcoming album Still Over it, which drops November 5, 2021. Most people love Walker for her soothing vibe, the mixed emotions she brings us making us want to cry, say “onto the next boy,” then run back to ya ex. Ladies, I’m pretty sure you know what I mean. The emotional roller-coaster that Walker brings to us ladies is extremely relatable. However, it is said by many that Summer’s teaser video was not it. As the youngins say, “It wasn’t giving what it was supposed to give.”

Tania Green, a senior at Gwendolyn Brooks, said, “‘Ex For Reason’ was not what I expected. The song is more of a party song, rather than just a chill vibe. Based on the name, I thought this could be a song girls could really relate to.”

Nya McKay, also a senior at Brooks, said, “It’s not really heartfelt like I expected, and could be better if slowed down. Maybe soon I can grow into it.”

My personal opinion is right along with Green’s and McKay’s. I was expecting a different vibe from her; more of a putting on your clear lip gloss, popping your gum, recording in the camera, “feeling yourself” type of vibe. Instead it was a more upbeat, fast tempo song making it really hard to capture your deep feelings, which I wasn’t prepared for. Also, the video didn’t mix well with the song. It was very unclear how the song correlated to the video.

It has been stated by many people that Walker always came through with her music. Since the tea has been spilled about her and London On Da Track splitting, fans just knew that Walker was going to drop the mic on us with this new project. Yes, I said it. Word is that London and Walker have officially split up and Walker is onto the next. Moreover, there have been rumors spreading that Walker’s album will not be worth the wait.

Due to the song “Ex For A Reason” being the face for the album, people inferred that she will be switching up her singing style, which some fans are not here for. Her day-ones still have hope that Still Over It will be just as good as her previous album Over It, which hit #2 on the Billboard charts. Let’s keep the faith that Walker is going to pull through with this album that everybody has been waiting on the edge of their seats for. 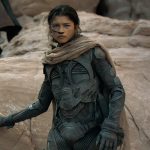