This off-season, the Bears signed Super Bowl winning quarterback Foles, who was the backup quarterback for the Eagles. He took over in the playoffs because their starting quarterback, Carson Wentz, got injured. Foles led the team all the way to a Super Bowl showdown against the New England Patriots, led by Tom Brady. He signed a three-year, $24 Million deal this year.

The choice to sign him was a controversial one for Bears fans, due to the fact that there were arguably better quarterbacks on the market, like Cam Newton, and Colin Kaepernick just to name a few. However, having a quarterback who won a Super Bowl isn’t all that bad either. So most fans were thinking that with the new hire, we were also going to be looking at the new starting quarterback for the season, but apparently we were wrong.

Last year and in his first year, Trubisky struggled to lead the team on offense. Not always making the best passes, missing open guys, and just overall not making the best choices. However Foles never really had a reputation for making the kinds of mistakes that Trubisky did. He also worked with Nagy in the past when they were both in with the Kansas City Chiefs, so it just seemed as though this would be a good fit.

According to CBS Sports, Nagy said, “In the end, Mitch won the job and I think that’s very important for him, for us, for everybody to understand that he worked really hard to get to this point” and “We know that we all–in a lot of different areas–struggled in 2019. What I think was most impressive from the end of the season until this past weekend was to be able to see some of the growth in practice and off the field that Mitch had.”

With these words from coach Nagy, who has proven that he is a good head coach, winning Coach of the Year in his first year as head coach with the Bears, leading the team to a 12-4 season–and maybe a deep playoff run if it wasn’t for an “unlucky” field goal kick that lost them the game in the playoffs–this could be the right call. We won’t know for sure until the season starts. Bears fans will have their fingers crossed that his words ring true. 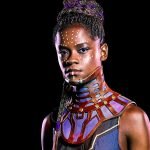 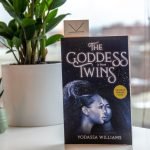