Philadelphia will be reinstating its mask mandate starting April 18, making them the first major U.S. city to do so. Those in the city will be required to wear a mask or face covering in all indoor establishments. This comes as a result of the high case numbers in the city as well as surrounding cities and states on the east coast.

“The average number of new cases in the Philadelphia metro area was 535 yesterday, about the same as the day before,” said The New York Times.

Though COVID-19 cases numbers are higher than normal, Philadelphia isn’t unfamiliar with high case numbers and death rates from the virus. According to the The Times, the new surge is fueled by the BA.2 variant.

“Since January 2020, at least 1 in 5 people who live in the Philadelphia metro area have been infected, and at least 1 in 337 people have died,” said The Times.

Choosing to reinstate the city’s mask mandate is the most logical and responsible thing that can be done by political leaders. Philadelphia was the first major city to do this and other cities may follow in their footstep to lower case numbers or even prevent a future spike.

As of late, there has been no talk about Chicago reinstating the city’s mask mandate. According to chicago.gov, there were 2,358 new cases in Cook County alone as of April 11th. That’s a 7-day average of 922 cases.

Because COVID continues to be so unpredictable, it’s best to do what seems to be working and that’s getting vaccinated, boosted, wearing a mask and practicing social distancing. Don’t forget to wash your hands often and to clean frequently touched surfaces. 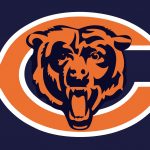