According to NecoleBitchie, there is a rumor that Brandy is teaming up with Tyler Perry for a new show that may be the spin-off of her show, “Moesha.” Check out what sources had to say.

“Brandy has been talking about doing her own TV show for a while now, and everything is finally falling into place for her! She recently teamed up with Tyler Perry and is working on her own TV show slightly based off of her old show “Moesha”. We’re not sure if it will be a continuation or a completely different show, but we do know that William Allen Young and Sheryl Lee Ralph (Frank and Dee from Moesha) will be portraying her parents again in this new show. Sources say it will be more mature but will still be comedic and family orientated. Tyler is negotiating with Oprah to get it on OWN but if that doesn’t work out, BET or TBS would be a great back up.”

What ya’ll think? “Moesha” was a huge part of my childhood. With that being said, I think they should just leave it alone and do a different show. It was a great show, leave it at that.

Do you agree? Will you be tuning in? What are the thoughts of teaming up with Mr. Tyler Perry? 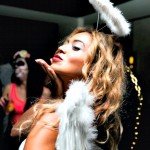 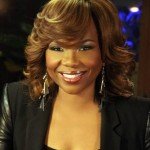