Did you hear about Emmet Till being brought up in the news again? It’s absolutely crazy! If you haven’t heard or if you aren’t familiar with the case here’s the backstory.

The Story of Emmett Till

Emmett Till, a 14-year-old boy from Chicago, was visiting his family in Money, Mississippi, during the summer of 1955. He went to the grocery store with his cousins and allegedly flirted with a white woman named Carolyn Bryant. After telling her husband about Till later that night, her husband gathered a group of men, went to the home of Till’s uncle and forced him out of the house and into a vehicle. They drove to a river,  severely beat Till, then threw him into a river with a 75-pound fan tied around his neck. The murderers were arrested for the killing of Till but were soon released. The Emmett Till tragedy played a big role in what is known as “The modern civil rights movement”.

Why Is This Significant Now?

The case of Till was again brought to the public’s attention in July 2022 when historian Timothy Tyson leaked Carolyn Bryant’s memoir,  I Am More Than A Wolf Whistle. The memoir detailed her perspective on the killing and was set to be released in 2036 (sometime after her passing). It was revealed that there was an unserved arrest warrant from 1955 that charged her with the death of Till. Bryant fled and was never arrested because they couldn’t find her.

Sounds kind of shady to me.

The family of Till demanded the arrest of Bryant and the grand jury declined the indictment. When asked if they thought the family would ever see justice, Till’s cousin, Ollie Gordan, responded, “As the public sees it, justice with someone convicted and going to jail — at this late date, I doubt it seriously,” cbsnews.com reported. “So we have to seek justice in other ways.”

When asked if she’s responsible for Till’s death, Joel Casey, a senior at Lindblom High School responded, “She knew she was wrong. That’s why she fled. She needs to be arrested for what she did. Aren’t we a country that’s supposed to be fair and just for all, or does that only apply to white people?”

Almost 70 years later,  no one has been held accountable for the death of this young Black boy, despite the story being known about on a national and international level. Rachel Whindam, a senior at Lindblom High School, stated, “In no way shape or form is it fair that Carolyn Byrant received protection. This adds another layer of injustice. In order to move forward the justice system should stop rewarding good for evil and put an end to respecter of persons.”

If in 2022 racist individuals/murderers are still getting away free and the “justice” system isn’t doing right by Black people, it poses the questions: Has there really been significant change since the Civil Rights Movement? How would a situation like this be handled if it were to happen in the present day?  It makes you wonder if there really is such a thing as justice. 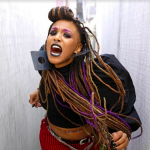