It’s no secret that all couples struggle at some point in their relationship. These struggles are even worse for celebrities whose issues are judged and criticized by the public. This is something we’ve seen going on with Kim Kardashian-West and her husband Kanye West for a while and word is that they’ve finally decided to call it quits.

The couple has been together since 2012 and the ups and downs of their relationship have been displayed and discussed for a while now. From Kanye’s mental health to rumors of divorce, it isn’t anything new for the couple to be dealing with some turmoil. This time seems a little more serious though. According to CNN Entertainment, Kim and Kanye have been living separately and there has been talk of divorce for the past year. Kim has even gone as far as reaching out to a lawyer. There are lots of questions that can be asked when it comes to this relationship and others. The most important of these questions is how long should you stay in a relationship and try to make things work?

No relationship is going to always be a walk in the park but if the bad days seem to outweigh the good ones, it may be time to walk away. It’s not going to be an easy task to walk away from a person that you have strong feelings for but it’s most important to prioritize your feelings, emotions, and growth. If someone is hindering any of these things, you have to let them go.

We see that things have been a little rocky with Kim and Kanye for a while now. Many couples who have children together tend to try to stay together to maintain the family dynamic. This may be the case for Kim and Kanye. This isn’t necessarily the best way to go about things as it can ultimately make a bad situation worse. I feel like that’s the case in this situation. For the best interest of both parties in the relationship, I feel that it’s best for the two to split. Kanye’s mental health is seriously declining which is causing him to do things that can hurt others, his wife included. It appears that Kim has tried a fair share of things to get the relationship back afloat. Couples counseling, living in separate homes, and most likely even more behind closed doors. None of these things have proved to work and from the outside it looks like the relationship is beginning to hinder both parties involved.

It’s important to know when to try to fix things in a relationship and when to walk away. Continuing to stay in a relationship when things aren’t working will only cause more strain and issues to come up. Knowing when to let go is important to preserve your mental health and happiness. Hopefully things work out with the West couple and they’re able to co-parent and get along well even if they’re no longer together. 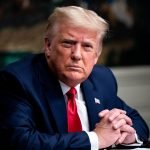 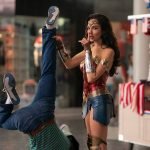