If you are on Twitter, or really any social media platform, there is a pretty good chance that you have heard about Ye, formally known as Kanye West, non-stop in this past month. First, there was his Insta rant about Gap allegedly stealing his designs within the Gap x Yeezy collaboration. Then, he went public about his fight with his ex-wife, Kim Kardashian, about where their children would attend school. He also received loads of online criticism for requiring NDA forums for his new school, Donda Academy, a christian private school located in Ventura County, CA. And of course, we can’t forget the footage of his Yeezy show from NY Fashion Week, of him wearing a “White Lives Matter” shirt.

I will admit, Ye is a musical genius. I won’t get into the details about him and his mental wellness, but I will say that it makes me upset to see such a wonderful artist potentially break bridges by posting content that is harmful to other people. Let’s talk about his most recent scandal, and some of the things leading up to it.

This was the tweet that was posted following the ban of his Instagram account. Almost days after this, Ye posted a number of antisemetic tweets, which led him to fall down a spiral of discontinued contracts that partnered with Yeezy. The company that surprised me the most was Vogue. Anna Wintour came out with a public statement, saying they are not planning on collaborating with Kanye West in the future. Before Vogue, other companies like Gap, Adidas, and Balenciaga relayed similar statements to the public. Gap has also recently ended its partnership with Yeezy, stating, “We are taking immediate steps to remove Yeezy Gap product from our stores and we have shut down Yeezygap.com.” The Creative Artists Agency, one of Hollywood’s most popular public relations and talent agencies, also have decided to cut ties with Ye, for similar reasons.

This single tweet was not the only controversial comment that made these companies disassociate themselves from the popular rapper.  George Floyd’s family is suing Ye for claiming that Floyd died from a fentanyl overdose, stating, “The cop wasn’t even on his neck like that.” The family is filing the lawsuit at $250 million.

Recently, Ye appeared in an interview with Piers Morgan apologizing for his actions. He said, “I am a person that is classified as Black, I classify myself as Jew. I want to prove that first of all I am Jew also. Do your research on it. We have got our culture ripped from us.” Although this was said, later in the interview he continued to make more anti-semetic statements, use ableist slurs, then talked about his plans on “going to war.” By the end of the interview he apologized for the anti-semetic comment.

I won’t share my take on this, but I will link a clip from the Daily Show with Trevor Noah. His idea on the topic comes from a very neutral standpoint, and is pretty easy to understand. What do you think about all this celeb drama? Does Ye deserve to be detached from the fashion industry because of his opinions? Y’all can always DM me your opinion. I’d love to hear them. Let me know! 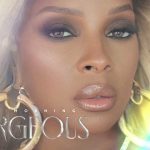 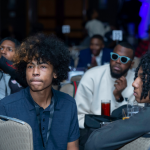