It’s ALL OVER! In game six against the Miami Heat with a score of 106 to 93, the Los Angeles Lakers won the NBA Finals and have been crowned NBA champions of the 2020 season! For the last three months, these NBA players have been stuck in the “NBA bubble” in Orlando. A lot of players have called this the hardest situation to play basketball in. They were not able to see their families, friends, or anyone other than the people that were in the bubble, and over time, that number dwindled as the playoffs continued. Their whole lifestyles changed while in the bubble.

Also, we can’t forget about what was taking place in America. With the rise of the Black Lives Matter movement, it was a question as to whether or not the players would even play the rest of the season, because they felt like they were a distraction to the current state of the country. But ultimately, the NBA did a great job using their platform to bring awareness to the social injustice that was and is occurring in the country, wearing statements on their jerseys, and the players speaking out.

In terms of winning the title, this one was big for a multitude of ways. First, this became LeBron James fourth title, and first with the Lakers and he became the first player to win finals MVP with three different teams ever. He also currently has 23 triple doubles, which is second all time in the playoffs behind the greatest point guard of all time and Laker legend Earvin Magic Johnson Jr. This was Anthony Davis and Dwight Howard’s first title, who are two of the best big men of all time while in their primes.

"I want my damn respect too."

This was also the franchise’s 17th world title, which ties them for the most titles by any franchise with their long-time rival, the Boston Celtics. To add to this historic moment, Rajon Rondo is going down in the books as the only athlete to have won a championship NBA game for both teams, the 17th game with each as a matter of fact.

But the biggest mention is the fact that the Lakers won this title, the year that the late great Kobe Bean Bryant–one of the greatest Lakers and players in NBA history–passed away. His tragic passing had a massive effect on the basketball world, the regular world, and most of all the Laker world. I know that the team wanted to make him proud by winning it all.

It is sad to see the NBA go, but there is no better storyline to the way that this wild season ended. 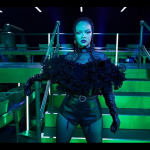 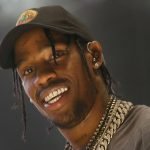