After months of disappearing from the public eye, actor Will Smith has returned with an apology video on Instagram aimed at comedian/actor Chris Rock among others.

Smith called his own behavior toward Rock at this year’s Oscars “unacceptable.” He extended his apology to Rock’s mother and the rest of Rock’s family as well as his own family for the “heat” that he brought on them.

The apology comes three months after the incident, aka “the slap heard around the world,” took place. Smith shared that he has been doing “a lot of thinking and personal work,” according to the text in the video.

“There is no part of me that thinks that was the right way to behave in that moment,” Smith said in the video.

Smith stated that he reached out to Rock who said that he wasn’t ready to speak about the incident at this time. “I’ve reached out to Chris and the message that came back is that he’s not ready to talk and when he is he will reach out.”

Many lessons come from this situation. In regard to Smith’s behavior at the Oscars, there’s a time and place for everything. Some situations should be handled differently to avoid creating larger conflicts.

Regarding Smith’s apology, it’s important to acknowledge when we’re wrong, even if it takes time. It was admirable that Smith was able to see the negative role he played in this situation while simultaneously trying to rectify it. His original behavior was done in a public way and he made his apology just as public.

Rock’s response is a valid and mature one. Just because Smith is ready to speak about the issue doesn’t mean that Rock has to be right now. He is entitled time to process and register the situation just like Smith was.

The question that remains is whether Smith will be forgiven, not just by Rock, but by everyone who witnessed what he did. Though what he did was wrong, it was mature of him to address it in such a large way which will likely lead to people leaning toward forgiving his actions.

Time will tell. Until then, you can watch the video below. 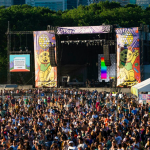 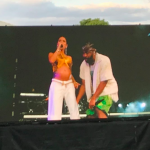