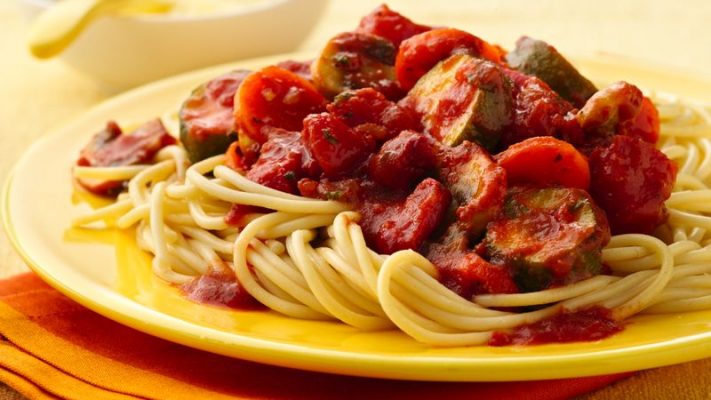 We’ve all heard experts say that eating more fruits and vegetables is healthier than eating a lot of meat. Despite the protein it may provide, meat can cause health issues like obesity, heart disease and even acne in some cases. Personally, my motivation for leaving meat behind was because I wanted to lose weight and overall feel healthier, plus my mother had been doing it so that had some influence. Like with anything, quitting can be hard, but you don’t have to quit cold turkey. Here are some simple ways to incorporate plant-based foods into your diet.

When it comes to breakfast cereal is an easy fix, but instead of drinking regular milk switch out the 2% for some delicious almond milk. I know some milks can be a little pricey therefore I suggest buying Aldi’s Friendly Farms sweetened or unsweetened almond milk for $1.99.

For those who enjoy eating bacon in the morning, a company called Morning Glory has vegan bacon and sausage patties that taste like meat but are actually plant based. You can find these at most grocery stores including WalMart.

This is where you can get creative. A quick and easy lunch is sandwiches, but instead of making one with turkey, ham or any other deli you’ll simply use bread, tomatoes, lettuce, salt and pepper. Trust me this sandwich tastes amazing and if you’re one who enjoys a little spice then simply add some hot sauce.

Meatless spaghetti is a HIT! Not only does it taste great but it’s simple to put together. Substitute the meat that would normally be used in spaghetti sauces like Prego or Ragu or for one that’s simply made with tomatoes, veggies and spices. Mushrooms are even a great substitution that’ll make it feel as though you’re eating meat. Fresh tomatoes and sautéed zucchini can make the meal taste even better.

Changing your diet isn’t always easy but can be beneficial in the long run. Try giving up meat for a day or even a week to start and see how you feel. Who knows, this month of healthy eating might turn into something longer than four weeks.