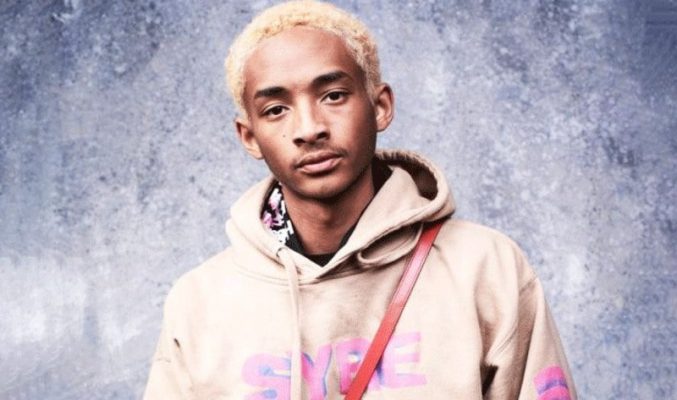 Jaden Smith is continuing to take the world by storm with his philanthropic efforts. Recently, Smith launched a vegan food trunk called the “I Love You” restaurant. Per Revolt TV, the pop-up truck serves food free vegan food to people on skid row, an area in Los Angeles that contains one of the United States’ largest homeless populations.

On Sunday, Smith said a few words about the “I Love You” restaurant on his Instagram: “The @ILoveYouRestaurant Is A Movement That Is All About Giving People What They Deserve, Healthy, Vegan Food For Free. Today We Launched Our First One Day Food Truck Pop-Up in Downtown LA. Keep A Look Out Because This Is The First Of Many #JADENinc.”

It Was Raining Today But Were Still Giving Free Vegan Food Away. @iloveyourestaurant #ILoveYou

All throughout social media fans we’re acknowledging Smith’s commitment to serving his community, mainly pointing out that his famous parents Jada and Will Smith did a phenomenal job at raising him. In on of his Instagram post, people we’re seen accepting the food from the pop-up trunk and showing their gratitude.

The pop-up truck is not the start of Smith’s philanthropic work. Just a few months ago his foundation, Just goods inc., partnered with a local Flint church to bring cleaner water to the area in, Michigan. Through their partnership the two have designed and engineered a mobile water filtration. In April 2014, Flint’s water crisis burst into the headlines, they have been struggling to overcome contamination to its primary water source.  Smith has been one to think outside the box, creating solutions to the problems.

Besides his community impact, this has been a month full of life milestones for Smith. He recently celebrated his 21st birthday, which was spent privately with his close family and friends. His parents Jada and Will showed him some birthday love with their videos they posted on Instagram. Last week, he dropped his new album “ERYS” featuring collaborations with artists such as Tyler the Creator, Trinidad James, ASAP Rocky, and many more.

Smith’s future is bright and the world is excited to see how he continues to shine his light.

Amber Nicole Anderson is a trailblazer on a mission to inspire and empower young women throughout the city of Chicago. She is recognized by influential leaders and peers alike for her role model qualities, high potential, daring spirit, and commitment to excellence. Look for more of my articles on my blog, 'Sippin Tea With A' at www.ambernanderson.com.