#FreeBoosie is no longer the saying anymore, seeing as, he’s now out of jail. Twitter and Instagram have been buzzing about Boosie’s newfound freedom, but not everyone is celebrating his release. According to Bossip.com, actor, Jason Weaver wasn’t feeling the celebration and took his feelings to Instagram . Check out his post:

Of course, like all rants, he received some backlash from some of the fans, but Weaver refuses to apologize. He responded to the backlash in a Facebook post. Check out what he said:

“First and foremost, let me say this.. I will NOT retract my statement from that earlier post, nor will I apologize for saying what I said. I only spoke THE TRUTH whether it offended some people or not. Also, for those of you who thought that I was personally attacking brotha Boosie.. Then you OBVIOUSLY didn’t read the post…”

What ya’ll think? Should Jason Weaver apologize to Boosie? Do you think he was trying to attack Boosie? 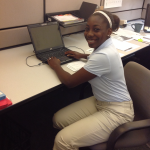 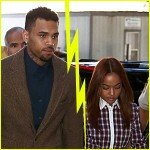