Last Friday, super producer Pharrell Williams teamed up with the legendary and successful Black businessman, HOV, aka Jay-Z, to drop the music video for their new song “Entrepreneur.” The video celebrates Black excellence, success, and the powerful presence that the Black community has created on the social media platform Twitter with some very familiar faces.

You in the presence of Black Excellence and I’m on the board.”

At first, I watched the music video only hearing the repetitive sound of Pharrell singing “Black man, Black man, Black man” which made me believe that this song is only about the success of Black men. BUT I must say that I was very pleased to see that Black women did not go unnoticed in times wherein particular movements such as the Black Lives Matter movement, the experiences, stories, and success is overshadowed, forgotten, and dismissed by Black men.

Williams and Jay-Z do a great job at highlighting how Black Lives Matter while illustrating how successful Black men and women are and can be. I don’t know about you guys, but it definitely inspired me and illustrated to me that we are very capable of making boss moves which in turn will only make our community stronger and prouder.

THIS IS THE REPRESENTATION THAT WE NEED!!!

I love how the music video tells a story that makes us feel nothing but pride about being Black. It helps us see that even though we seem to be the most marginalized group in America, there truly are no barriers, especially while looking at people that have taken a leap of hope to make a name for themselves.

“If you want to fly, take the leap

You gotta risk it all (Risk it all).”

For example, the video spotlights Beatrice Dixon, the Black founder of the Honey Pot, who was harassed by the White community for a commercial that’s sole purpose was to target and inspire an audience of young Black girls. Then there’s our absolute FAV, Miss Issa Rae. The actress/creator started on YouTube with her “Awkward Black Girl” web series that inspired the HBO hit “Insecure” now nominated for two Emmy’s this year.

What about our generation, you ask? There’s Nicholas Johnson who graduated from THEE Princeton University (where the earliest presidents and professors owned slaves. Not surprised, are you?). Johnson is the first Black valedictorian in 274 years.

WE LOVE TO SEE IT! During times like this, we must see success stories instead of stories that will leave us crying and disappointed by how long progression in social justice is taking. With that being said, I think you all know what I give this video… 10/10!!!

Check out the video for yourself and tell me what you think. 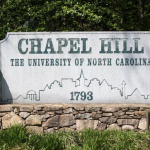 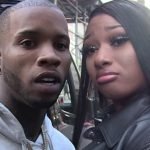