The movie ‘Jobs’, whose release date is today, has already got the critics talking, and not in a positive way.

The movie is the first film biopic of Steve Jobs, the founder of Apple,  who is played by Ashton Kutcher. Judging by the negative response of this film, the critics were not impressed.

The New York Times reports, “The Great Man theory of history that’s recycled in this movie is inevitably unsatisfying, but never more so when the figure at the center remains as opaque as Jobs does here.”

The Huffington post reports, “There are a couple of serious problems with the film: one with the character and one with Kutcher. The character is written as an emotional cipher, probably somewhere high on the Asperger’s spectrum. He’s someone who doesn’t understand that other people might even have feelings that are different from his own.”

“Jobs” confuses the story of Apple, the company, with the story of its guru and guiding force, spending way too much time on backroom personnel dealings than on encounters that might help us understand, on a deep level, the title character,” says The Washington Post.

And celebuzz.com says, “This flick seriously felt like a series of speeches. Instead of Steve Jobs’ life, it teaches,
How not to tell a story,
Of someone so extraordinary.
This biopic really overreaches.”

Wow! What do you guys think? Does the critics’ reviews turn you off or make you want to see the movie even more? 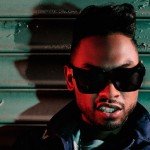 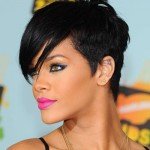