It seems that we’re getting closer to getting justice for the late 26-year-old EMT Breonna Taylor, the young woman killed by officers from the Louisville Metro Police Department on March 13, 2020. The heartbreaking murder took place inside her home when police entered while executing a “no-knock warrant” in late hours of the night. It was later discovered that the narcotics that the cops were in search of were not at Taylor’s apartment and they had entered the wrong home.

Since Breonna Taylor’s death, the police chief was terminated but this was due to another police shooting that took place, according to CNN. The same source reports that “the Louisville City Council passed ‘Breonna’s Law,’ which was put forth to prohibit no-knock warrants like the one that resulted in Taylor’s death. The most recent update to this incident was the city of Louisville has been ordered to pay the family of Breonna Taylor a historic $12 million settlement. I’m sure the family appreciates the money, but that isn’t what we’ve been asking and fighting for. Those cops that killed her are still walking free.

When we said we wanted justice for Breonna Taylor and told people to say her name, we did this because we wanted the officers responsible for her death to not only be fired but face lengthy sentences behind bars for their actions as well. I don’t think it’s surprising that there was no body camera footage from any of the police that invaded her home. Louisville is doing everything except giving the public, and more importantly, Taylor’s family, what we want. Passing laws is good, giving large settlements is fine, but when are those who are responsible for her death going to actually face major consequences? It seems that everyone is being arrested except for the cops that should have been arrested months ago when the shooting took place.

I can’t imagine the hurt, pain, and grief that Taylor’s family must be going through just from her death alone, not to mention the lack of justice that she has received. It seems that with each new thing being added to this case that we’re moving toward the right direction but we aren’t quite there yet. We can’t let the noise die down. All the petitions and protests have made the FBI even open up an investigation. Keep up the noise, protests, and petitions. Our demand still needs to be met.  #JusticeForBreonnaTaylor #SayHerName

Watch this video to hear what Taylor’s mom, Tanika Palmer, had to say about the settlement. 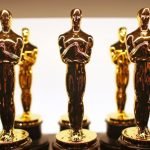 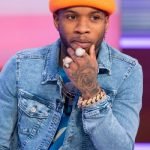