What’s going on good people! Some of you may have heard about Cameron Kinley, the captain of the U.S. Navy football team who was held back in pursuing his dreams of being in the NFL and becoming a potential prospect for this year’s defensive squad for the Tampa Bay Buccaneers. His circumstance made its way all across social media and television platforms. Well, the Pentagon recently released a statement saying that he will be able to pursue his lifelong dream of being in the NFL while also serving his country! According to espn.com, the news comes after Kinley’s request to delay his Navy commission to play in the NFL had initially been denied.

Secretary of Defense Lloyd Austin was one of the people who helped move the chains to push Kinley into his long life dream: the NFL. According to cnbc.com, Austin stated, “I applaud Navy leadership for finding this way to showcase both Cameron’s athletic prowess, as well the quality and professionalism of our student-athletes and our personnel. …I am confident that Cameron will represent the Navy well in the NFL, just as he did as a standout athlete and class president at the Naval Academy.”

Kinley had nothing but good things to say about Austin coming to his defense, and expressed his excitement about going to Tampa. “I am extremely appreciative of Secretary Austin’s decision and I am excited to represent our fine military in the National Football League… . Lastly, thank you to the Tampa Bay Buccaneers organization for believing in me and remaining patient with me throughout this process. I am excited to get back to work in Tampa Bay with my teammates.”

Now that this matter has been handled, will more people begin to pay closer attention Kinley’s journey in the NFL? Will his fan base grow? Will he be the next big thing in this year’s upcoming season for the NFL? Stay tuned in a few more months for the results. 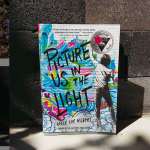 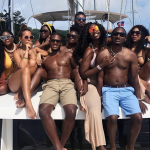