Justice has finally been served and the world has been watching.

After a long awaited 2-year pursuit of Kobe Bryant’s wife, Vanessa Bryant, to receive compensation over the wrongfully released crash photos of her late husband and daughter, Gianna, a federal jury has awarded her $16 million in damages.

The Los Angeles County Sheriff and Fire Department were found liable for infringing on Vanessa Bryant’s constitutional rights for taking photos of the gruesome crash site and releasing images to the public before the families were notified that nine loved ones were killed in January 2020. Not only did information release regarding the photos taken of the helicopter wreckage, but close up images of the mangled bodies were also released to the public without the families consent. This is a major infringement of privacy and is considered heartless by critics who have discussed this case in depth.

Although the county has expressed numerous statements to the victims’ families that all photos were destroyed after capture, they are still suffering from emotional distress that the gruesome photos may still leak one day to the public. According to cnn.com., “Jurors listened to 11 days worth of graphic and emotional testimony. Witnesses during the trial included a deputy who said he showed images from the scene to two people at a bar; another deputy who said he shared photos while playing a video game; a deputy who air-dropped scene photos to an unidentified person in firefighting gear; a fire captain who took similar photos but turned in a department device missing its hard drive; and a fire official who showed the images to other personnel during an awards ceremony cocktail hour.” These citizens treated the tragic helicopter crash photos as some sort of trophy or prize of people who were living human beings and didn’t deserve for their lives to end in this circumstance. These citizens deserve to be accountable for their lack of commitment to their job – to ultimately protect and defend the lives of American citizens.

Although Bryant requested $75 million was denied for emotional distress regarding her family’s sake in the wake of the unreleased photos that circulated, she was in tears as the verdict was read by the jury that did hold the county and departments accountable for their decisions and consequences. According to cnn.com., “She left the courthouse without making a statement, but did post a picture of her, Kobe Bryant and their daughter Gianna on Instagram with the caption: “All for you! I love you! JUSTICE for Kobe and Gigi!” Hopefully, the Bryant family may continue their journey of peace and love while still mourning their beloved family members.

The world stood still the day that Los Angeles Lakers star, Kobe Bryant, and his daughter following his footsteps, Gianna Bryant, were pronounced dead on the scene by first responders after the helicopter crash. Now, another day has stood still as his family rightfully received justice over the insensitivity and invasion of privacy regarding their deaths. Since September 2020, there is now an official invasion-of-privacy bill titled the “Kobe Bryant Act” that makes it illegal for first responders to share photos of a dead person at a crime scene “for any purpose other than an official law enforcement purpose.” The misdemeanor crime is punishable by up to $1,000 per violation.”

According to the Los Angeles Times, Vanessa Bryant will be giving the sum of the money to the Mamba and Mambacita Sports Foundation “to shine a light on Kobe and Gigi’s legacy,”

Make sure to vote your reaction to this news. 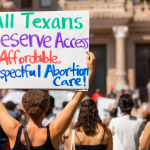