Bears fans, I think we finally have our man. After decades of searching and searching, I think we have finally gotten the one position we could never get right: The quarterback position. You know you have a problem as a team when you are known for not ever having a consistent Pro Bowl quarterback in franchise history, and your best quarterback of all time played back in the 80’s, and even he was barely better than average.

But with the talk that we are hearing from the Bears training camp, it sounds like we have the quarterback that we have been searching for in Justin Fields. He was the 11th pick in this year’s draft, as he unexpectedly slipped out of the top ten, which allowed us to trade up and draft him.

It should be noted that the last time the Bears drafted a quarterback, it was Mitch Trubisky with the second overall pick. We passed up on two of the top quarterbacks today, one of them being Patrick Mahomes, who many consider to be the best quarterback in the league right now. We also passed up on Deshawn Watson, who could be more successful if he wasn’t stuck in Houston.

From what we have heard so far in training camp, Fields has been really impressive. During a news conference head coach Matt Nagy told reporters, “(Fields) has that mentality of rip your heart out.” Nagy added, “And so there were a couple of plays in there — and not just (Wednesday) but other days — where these quarterbacks are staying aggressive.”

Also, the second year wide receiver, Darnell Mooney, said “He knows where he wants to put it and it’s very accurate. Sometimes it can get there at the right ball, but he wants it out in front of you and he’ll get frustrated with himself if it’s not there. He’s very tough on himself. He’s a great player, a great person as well, and he’s gonna have a good career.”

These are praises that we haven’t heard about Mitch Trubisky, Nick Foles, or Andy Dalton, who currently holds the QB1 position. Dalton was told he was going to start the season, but with the way Fields is showing out, it is very possible that the QB1 position will go to Fields. Only time will tell, but Bears fans should be excited about the young quarterback. 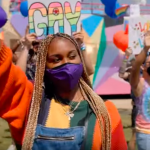 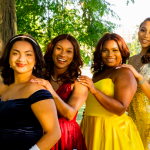