As we all know, K.Michelle is no longer on Love & Hip Hop ATL. Instead, she has moved to a new home and taken over the New York season. Let me say–K was a bit messy on the ATL. However, it seems as if K. Michelle had an epiphany because her attitude is not the same. She is a lot calmer and she is doing better with her life. K.Michelle appeared on the Arsenio show and had this to say,

I realize, when I was walking down the street people would run to the other  side, that they might not perceive it as good all the time.

They think I’m mean. But really, if you ask the producers of the show, they  will tell you that I was actually the calmest one on the show. I just had the  best climax, so that’s what you got to see.

I don’t think it’s fair at all because they don’t KNOW me. You know what you see of me at that moment. You  will react the same way as me to a lot of those situations. I’m just bold  enough  to do it in your face and not care. So, those reactions from those blogs  and  everything, I make their hits go up. So they should thank me and or maybe  even  send me a check

Okay, lets get something straight now! K.Michelle showed the world her negative side and to the this day she is still paying for it. She was not calm and the world is basing their perception off of what they see. She aired her dirty laundry and now she wants someone to feel guilty about judging her. I don’t know about y’all but she needs to get it together. She can’t be mad at what she portrayed. Check out the clip below. 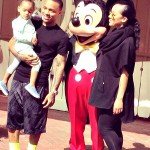 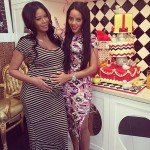