At this point, it’s literally nothing new for Kanye West to be making headlines for doing something crazy or weird. This time he definitely crossed the line more than he has in the past. Not only did he post a video of him urinating on one of his 21 Grammys, but he also posted the private phone number of Randall Forbes, editor of Forbes Magazine, on Twitter.

Kanye’s irresponsible actions landed him suspended from Twitter for 24 hours. Twitter’s rule states, “You may not publish or post other people’s private information (such as home phone number and address) without their express authorization and permission. We also prohibit threatening to expose private information or incentivizing others to do so.” Considering he posted the private number of Randall Forbes, he violated this rule. The tweet was deleted and he was suspended for a day. Surprisingly, the video of him urinating on his Grammy stayed in his Twitter TL.

This suspension didn’t stop Ye for long. As soon as it was over, he went back to making tweets about how Black people, especially those in the music and sports industries, deserve better rights and are being used by White-owned brands. “The music industry and the NBA are modern day slave ships,” he said in a tweet.

I need to see everybody’s contracts at Universal and Sony

I’m not gonna watch my people be enslaved

I’m putting my life on the line for my people

The music industry and the NBA are modern day slave ships

A lot of the time, the thoughts that Ye has aren’t wrong. I just wish he would go about expressing his ideas in a different way. He’s just a prime example of how mental health in the Black community needs to be taken more seriously and that regardless of how much money or fame you have, you can’t escape the issues that come from mental illness. Hopefully Kanye has people in his corner that are actually helping him and not contributing to his downfall. We all miss the old Kanye and want to see him happy and healthy again. 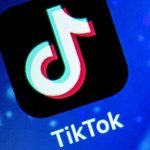 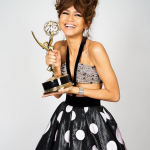