Ever since the debut of Beyonce’s Coachella, aka Beychella, documentary performance hit Netflix and was a major success, there seems to be a new trend on the way for other iconic A-list celebrities to collaborate with this top streaming service. Why wouldn’t Kanye West be next?

Yes, you heard that right. A multi-part documentary on this Chicago rapper is planning to drop by next year and something tells me that this project will be very special. Since Billboard announced the news that Netflix had officially scored the documentary series collaboration with West that would unfold more than 20 years of his life, the first teaser trailer of the project has officially been released. As a Kanye West fan, I honestly don’t remember ever seeing the news that this was going to be an official project in the works until I saw the teaser trailer on my Twitter feed. According to elle.com., “The project will be directed by Clarence ‘Coodie’ Simmons and Chike Ozah, the filmmakers behind Wests’s early music videos like Through the Wire and Jesus Walks. Featuring never-seen-before footage, the series will focus on his music career, his fashion business, his failed presidential run and the death of his mother, Donda West.”

The teaser trailer is truly nostalgic as we see a young and bright eyed Kanye West in the early 2000s freestyling with rapper Mos Def (Yasiin Bey). This was  a time when West was beginning to change the music industry right before our eyes. According to Netflix, the multi-part documentary series is set to premiere in 2022. Does Netflix need to hurry and give fans an approximate date of when they should block out their schedules to finish the limited series all in one sitting? Most definitely. But knowing the history of West, with his creative projects and direction that he’s taken recently, I wouldn’t be surprised if fans randomly went onto Netflix that day and realized it officially released or didn’t release on time at all.

One thing is for sure, West is never an advocate for a half-ass project. I can only imagine how the finished project for this documentary collaboration will be.

Make sure to vote your reaction to the news of Kanye West’s Netflix documentary coming out soon. 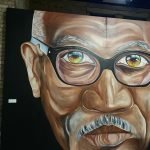