I think by now we all know that representation is vitally important in all aspects of media and life–but political representation is especially so. Knowing someone who thinks like you, or looks like, or understands you in a political position is not only exciting but also a necessary part of a democracy where all of our voices are supposed to be represented. This is why Karine Jean-Pierre’s ascension to press secretary is so groundbreaking. As an openly gay Black woman, Jean-Pierre is the first ever of her kind to be named press secretary.

She clearly understands and embraces the gravity of what she’s accomplished. “It is a historic moment, and it is not lost on me. I understand how important it is for so many people out there, so many different communities. … I stand on their shoulders, and I have been throughout my career,” Jean-Pierre said in a press conference.

Biden also spoke about her character in a statement. “Karine not only brings the experience, talent, and integrity needed for this difficult job, but she will continue to lead the way in communicating about the work of the Biden-Harris Administration on behalf of the American people,”

Born on the French Island Martinique and raised in New York, Jean-Pierre graduated from the New York Institute of Technology and received a master’s degree from Columbia University. While both an educated woman, and one with the experience needed for her new position, we all hope to see Jean-Pierre work beside Biden as he continues to make necessary changes for people of color and people in the LGBT+ community.

By: Kendal Amos, Senior at chiarts 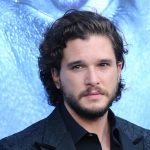