After years of La La and Carmelo Anthony’s marriage going through cheating scandals, separation, reconciliation and numerous years of speculation regarding the in-depth truths, La La has officially filed for divorce from Carmelo Anthony.

Sometimes it’s best to call it quits and move just move on from a relationship. This seems to be one of those situations.

Eleven years after La La and Carmelo tied the knot and made a power couple statement, they’ve cited their parting as irreconcilable differences. According to tmz.com., “Sources close to the former couple tell TMZ … they’ve been separated for awhile but remain friends, as always, after 16 years together, and everything about the divorce is amicable.”

With their 14-year-old son, Kiyan, being their main priority in trying to keep this transition of their relationship private and smooth, they want to uphold the values of healthy co-parenting. I can’t imagine how their son might feel dealing with the divorce of his parents while being in the spotlight. Social media can be excessively ruthless and I hope that nothing negative is being thrown his way about either parent.

Their first split came in 2017 after seven years of marriage. Cheating rumors about Melo had it looking like they were officially on the outs, but by late 2018 the pair seemed to be working things out. However, by 2019 it was reported that La La felt their marriage was strained with the increase of cheating rumors and scandals.

The family still later, reportedly, quarantined together in 2020, but things still rocked the couple until the divorce couldn’t be put off any longer. Despite this ending, fans have expressed their support for La La and hope that she’s able to find peace and happiness for everything she’s endured. Not only has the “Power” actress received this support with gratitude, but she also just celebrated her birthday with bffs like Kim Kardashian and dropping thirst trap pictures on Instagram.

We see you Mama! 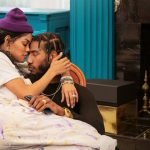 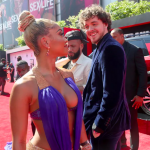