Well if you haven’t heard what’s been going on in the hip-hop world recently, a song called “Control” by Big Sean featuring Kendrick Lamar & Jay Electronica caused an uproar because of Kendrick’s verse. He called out many popular rappers in today’s  hip-hop world including Wale, Drake, Meek Mill, J.Cole and others challenging them to bring the  competition back to the rap game. Here’s exactly what he said,

“I’m usually homeboys with the same n—-s I’m rhyming with/ But this is hip-hop and them n—-s should know what time it is/ And that goes for Jermaine Cole, Big K.R.I.T., Wale/ Pusha T, Meek Mill, A$AP Rocky, Drake/ Big Sean, Jay Electron’, Tyler, Mac Miller/ I got love for you all but I’m tryna murder you n—-s/ Tryna make sure your core fans never heard of you n—-s/ They don’t wanna hear not one more noun or verb from you n—-s/ What is competition?”

Many rappers have taken to Twitter to respond to the rap verse even rappers who weren’t mentioned in the song! What do you all think?

Is this a diss to the rappers who were mentioned or is it merely a plea for the return of competitive rapping? 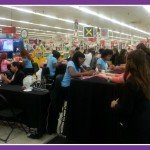 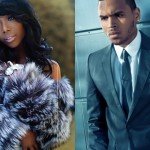