Kendrick Lamar and Miguel both had very successful music careers last year and are continuing to do so into this year! They even made the top of Vibe Magazine’s “Big List” and have been named “The New Classics”.  With massive album and single sales, these two have definitely left their mark on the music scene! Do you agree that they deserve the title of “The New Classics”?  Well Vibe also interviewed the two and here’s a little of what they had to say…

You’re both carrying the torch as the leaders of the new generation. How do you define musical genius?

KENDRICK: Somebody that don’t really have any boundaries, that’s not confined to the traditional structure of a song or traditional sounds. When you listen to “Adorn,” it feels like he’s not even trying to structure a radio joint. He just felt the music, felt the instrumentation and wrote the track.
MIGUEL: Good looks, bro. My favorite artists always took whatever they loved out of music and made it their own. It was their take on it. Kendrick is one of those people where I can hear Ice Cube’s first two albums’ influence. I get the street edge, but then I hear like the poetic player, smoothness, creativity and smart street savvy of Andre on Aquemini. That juxtaposition is what I hear in Kendrick, but it’s his own take. If you listen to my shit, you’re gonna hear Prince, Marvin Gaye, Led Zeppelin or a little bit of the Beatles. That’s where I’m pulling from.
Source : Vibe Magazine

To read more about the two urban music superstars, pick up this copy of Vibe Magazine now! 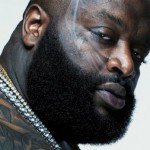 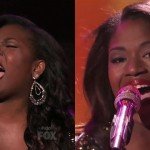