I recently attended a presentation about human sex trafficking at UIC’s Student Center. The guest speaker was Kevin McNeil, a former detective and author who was a victim of sexual assault in his youth. The event was hosted by The Midwest College Project and co-sponsored by UIC, The Chicago Foundation for Women, Push Excel, TreLuxe’ and True Star Media. In those two hours I learned a lot about human sex trafficking. If I can be honest, I had no idea sex trafficking even existed until my parents started asking me questions about what would I do if I was confronted by an unknown male or female while out shopping at the mall, leaving school, or even being stopped in my car by people pretending to need help. Honestly, I didn’t know the answers to those questions, but they got me thinking.

According to McNeil, human sex trafficking is becoming a major issue around the world and there are not enough people bringing awareness to the issue. Sex trafficking has become one of the fastest growing criminal industries with about 40,000,000 victims being trafficked per year. Another, surprising fact I learned is that Chicago ranks number five in the nation for human sex trafficking. It’s hard to image the beautiful city I call home being a contributor to this growing criminal enterprise. After the presentation, I had the opportunity to ask McNeil a few questions to gain a little more insight into the world of sex trafficking.

TrueStar.Life: What has it been like speaking out as a survivor of sex trafficking?

Kevin McNeil: It’s been rewarding and empowering telling my story. It has helped other people who have been victims of abuse come forward and share their stories as well. So it’s been very enlightening and it’s actually helped me heal as a survivor by telling my story, and it helps me as I talk about it to heal more.

TSL: What’s your advice for other victims who may not want to reach out for help?

KM: First of all, I would tell them it’s not their fault. That healing is possible, even if they don’t feel like telling it to another person, that there are organizations, hotlines, and other ways to make themselves heal, like journaling.

TSL: What are some of the first signs to recognize if you are in danger of being sex trafficked?

KM: The first sign of someone being sex trafficked is if a victim is being manipulated by their trafficker, known as a pimp or john. These traffickers would fraud their victims by telling [them] “I love you more than your family does” or “I care about you, baby-girl,” using these techniques to make the victim fall into their trap. They will purchase the victim expensive items like purses, phones, high-priced clothes, even taking them to fancy restaurants. Pimps rarely use force such as beating them to do certain task, but when the victim is vulnerable, the trafficker will   then volunteer that person into the trade and then isolate them from friends and families.

McNeil hopes to continue to educate and raise awareness about sex trafficking and about what behavior is considered appropriate and in inappropriate. If you or someone you know is a survivor of sex trafficking in need of assistance contact the Dream Catcher Foundation or the Cook County Task Force. 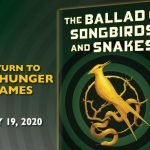 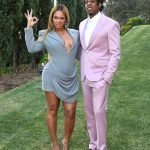