You’d think that with the amount of money and access Kim Kardashian West has she’d find a hobby that doesn’t include biting the style of others. But nope. First it was the time she wore “boxer braids” (they’re really called cornrows). Then she wore the Indian headpiece. Now she’s trying to trademark the word “kimono.” I just wonder if it ever gets tiring to continuously bite other people’s style. I guess not.

Now the problem with most of the times she was being a culture vulture isn’t necessarily the fact that she chose to do something from a group outside of her own. The real issue is the fact that she tries to take credit for all this stuff as if it didn’t exist before she used/wore it. I’m pretty sure people wouldn’t even care if she was to give credit to where these things came from, but because she doesn’t, she’s basically setting herself up to be talked down on. I mean, it makes sense because of the family that she comes from because they all do it, but I’m not about to get into the shenanigans regarding the rest of them. This right here is strictly about Kim.

So, according to the LA Times, the whole kimono thing came about because she’s launching some shapewear and decided to name it Kimono Solutionwear. I get the whole “kimono” thing because her name is Kim. That’s not the problem here. The problem is she’s trying to trademark it as if it didn’t already exist. If you didn’t know, a kimono is a traditional Japanese garment. She didn’t even try to be creative with coming up with the name, for one, and for two, how do you trademark a name that has been around since before you have? I just don’t get it.

Maybe after all the backlash she’s been receiving, she’ll come to her senses and will do something different. Or maybe she won’t. I mean, she does have a track record, and I doubt people yelling at her about this is going to make her stop. 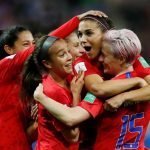 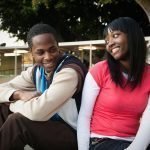