Over the past few weeks, the True Star Marketing Program has introduced me to many great and successful people, including producers, marketing leaders and published authors. On Tuesday, July 28th, the pro in our Summer Session with the Pros was musician, songwriter, and self-declared wielder of not one but two superpowers–Kip Russell.

Kip or “Kidd” Russell has been featured on an array of media outlets like MTV2, WGN, WCIU, KissFM, Chicago Tribune, and more. All of this can be credited to his two personal superpowers: Social media marketing and songwriting. Russell encouraged everyone to find their own skill or specialty; something you’re so good at you can brag about it to your friends. Finding your own personal superpower is how you find and advance a career that you love. Russell’s very “own” started in a basement. His mom’s specifically.

Russell joined a radio marketing class in school where he discovered his first superpower, and soon after he was putting his newfound ability to use. He grew social media pages for growing platforms like Myspace and then-upcoming Facebook, eventually putting himself out there and doing it for a profit. Russell discovered his next superpower after writing a song from the heart about gun violence that went viral. He realized a lesson many people have to come to learn: Anything and everything can become profitable. 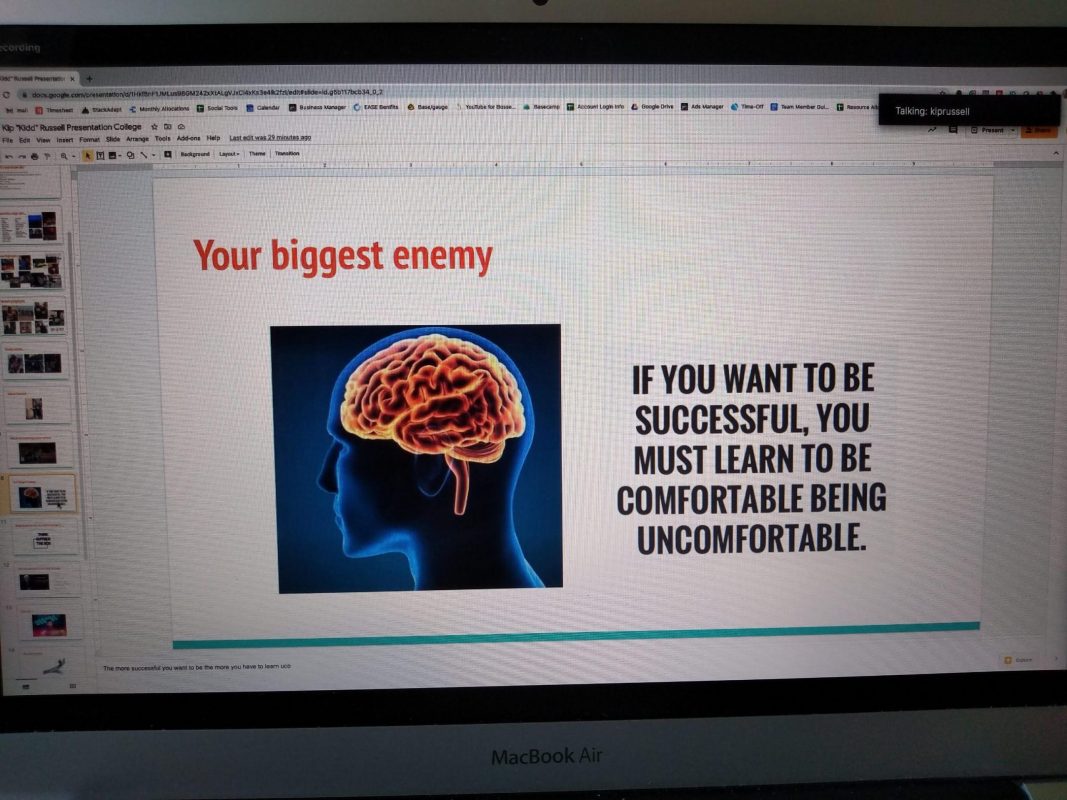 At this point in Russell’s presentation, he shared some tips to success that he gained over the years, and I found them quite useful. I’m pretty sure you will too.

*UNDERSTAND THE BOX BUT THINK OUTSIDE OF IT

If you want to be a leader and a game-changer, understand what’s inside the box, but work outside of it. In other words know the rules and expectations of the thing that interests you but challenge yourself to think more creatively..

*GET EDUCATED BUT NEVER STOP LEARNING

An example of this is realizing sometimes you have to work for free. Find someone who is successful in the way that you would like to be and soak up their knowledge and skill.

Dreams, hopes, and career paths may change. So try out what you think it is you want and find what it is you don’t.

*BE LASER FOCUSED ON WHAT YOU KNOW
After you have experimented to find your “don’ts” it’ll be time to put work into what you really want to do. Be prepared to sacrifice free time, money, and leisure until you reach your goals.

Russell said something that really stuck out to me, which was when it comes to big dreams, he wishes he had started sooner. We are at an age where anyone committed enough to a goal can start a business and work hard to earn a good profit. Don’t procrastinate, start now.

Russell, a multi-talented, committed businessman who makes a living doing what he loves, inspired me. I listened to his tips and realized that if I applied them all today, that I can be doing the same as he did to reach my own goals in the future. I encourage all of you to put these tips to good use. I’ll leave you with a memorable quote from his presentation:

“If  you really want to be successful you have to be comfortable with being uncomfortable.” 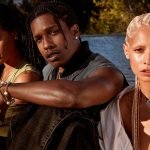 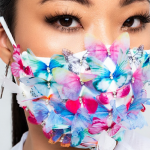