There is more to being an entertainer besides performing when the lights come on. So perfectly does Lamman Rucker display not only what it means to be an entertainer, but to be a philanthropist and mentor.

Rising from an artistic background where both his parents appreciated the arts, Rucker had a natural appreciation for acting and performing. â€œSometimes I wonder, if I hadnâ€™t gotten such an amount of support and if I wasnâ€™t encouraged to excel, or demanded to get good grades, stay out of trouble and to be disciplined, I donâ€™t think a lot of those blessings and privileges wouldâ€™ve continued to come. Not only that, but I might have given up,â€ says Rucker.

He says of himself that he had to find out firsthand, â€œIf I listened, really pushed myself, paid attention and do what Iâ€™m told, by pushing myself to achieve and do my best, then there is a lot that can come of that.â€ And Rucker was right; he soon received scholarships and awards of recognition from performance schools around the world.

He says because of that foundation, he was able to discover his gift of acting. Rucker pushed himself to become better and better; he was accepted at the Duke Ellington School of the Arts, which afterwards he received a full scholarship to Berkshire Theater Festival. With that education it is no surprise that Rucker is as great and genuine as he is today. His success birthed the process of Rucker becoming a mentor, an advocate for children, the arts and receiving a masterâ€™s degree in teaching. â€œIâ€™ve been giving back all my life. It is genuinely apart of who I am. Iâ€™ve been doing it because Iâ€™m an example of what can happen when people do that,â€ he explains.

Ruckerâ€™s giving back, helps to discover and create a pathway for those people around him, who might otherwise not have had a chance or access to discover their talents. Thatâ€™s what inspires him to give back. He explains, â€œAs a young person, I think itâ€™s important to have signs of successâ€¦It helps to keep you encouragedâ€¦Down the line you learn to appreciate the assistance of your elders and teachersâ€¦Those were the things that helped to bring more out of me.â€

Although we see his character weekly on â€œMeet the Brownsâ€, Rucker still finds time to teach and mentor kids; of teaching he says, â€œI find that even though you are a teacher, you never stop learning and being a student first.â€ He believes that it is important for everyone to discover, nurture and follow their gift. Teaching allows him to fulfill his duty to help others find theirs, just like people helped him to find acting. â€œMy dad has always said this for a long time. â€˜To whom much is given, much is expectedâ€™. So I want to help others.â€

Being an actor is just a small portion of being an entertainer. If you want to set out to inspire and give back just as much as what was given to you, follow in Lamman Ruckerâ€™s footsteps. 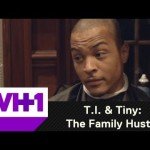