Alternative Grammy-nominated singer Lana del Rey has caused some slight outrage on social media due to a recent Instagram post.

Her message was misinterpreted because from the jump she states, “Now that Doja Cat, Ariana, Camila, Cardi B, Kehlani, and Nicki Minaj and Beyonce have had number one with songs about being sexy, wearing no clothes, f—ing, cheating, etc – can I please go back to singing about being embodied, feeling beautiful by being in love even if the relationship is not perfect, or dancing for money-or whatever I want-without being crucified or saying that I’m glamorizing abuse?????”

You see the bigger picture was supposed to be that Lana has been attacked and ridiculed throughout the years for her early works such as her debut album, Born to Die, and her 2014 album Ultraviolence where she hints at being in abusive relationships and choosing to stay. She has since grown out of that and chooses to no longer sing some of the lyrics within these songs. While it is understandable that she has faced criticism from these albums and the songs she would sing, naming off these artists–who are mostly women of color–just isn’t sitting right with a lot of people including myself.

The point is there was a way that this entire statement could’ve been worded differently. Yes, all women deserve to be respected in the industry and they should have the freedom to sing about whatever they want. But let’s be clear, just because you do that doesn’t mean you won’t be met with criticism. Life is full of people who will criticize your art, but if you’re passionate about what you’re doing then you don’t let that affect you. The way this came off made it seem as though these women haven’t been faced with the same issues, and if we’re being honest, have had to endure much worse.

Let’s not forget that when Beyonce released Lemonade she opened up about the infidelity that was committed by Jay-Z and was immediately met with backlash by feminists after she chose to stay with him. Or the fact that Doja Cat was literally being harassed by men on Twitter last week because she didn’t expose herself after “Say So” hit #1. We all know African American women in the music industry have always been criticized for either coming off as not “Black enough” or being “too Black” or being too sexy or not sexy enough. There’s been a constant teeter-totter for Black women especially.

Responses on Twitter may give some insight into how this made people feel:

Lana blatantly ignoring the criticism Beyoncé, Nicki, and other black women have received (and continue to) for being confident in their sexuality doesn’t sit right with me. Commercial success hasn’t made them exempt from misogynistic attacks masked as constructive criticism.

Lana realllly didn’t have to mention any of them to get her point across. Quarantine is really getting to these celebs https://t.co/ZalL4Zm701

To many this seemed less about equality and more a poorly written tone-deaf take on women who were able to transform their criticism into something better and own who they are. 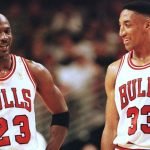 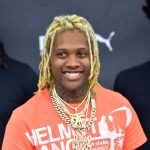