A line from J. Cole’s “Deja Vu” spoke lots of truth tonight in the Wintrust Arena as the Chicago Sky, the best team record-wise in the league, were demolished in the Commissioner’s Cup by the Las Vegas Aces, 93-83.

Immediately, straight out of the gate, the Aces came out strong, suffocating the Sky’s free-flowing offense. They were simply too much for the Sky, forcing them to settle for contested three-pointers. As a result, the Sky went 0-for-8 from deep in the first quarter. (Their most consecutive attempts from three without netting in any quarter before Tuesday was seven.) Overall, the Sky finished shooting an atrocious 20% from three-point range and giving up 18 points off 13 turnovers.

In the second and third quarters, the Sky outscored the Aces, trying to complete the same comeback reminiscent of the 28-point comeback, the largest in WNBA history, to beat the Aces on their home court in Las Vegas five weeks ago in their second match-up.

They made a valiant effort, with Candace Parker finishing with 20 points and 14 rebounds. Forwards Kahleah Copper and Emma Meesseman had 18 points each. But, it wasn’t enough to withhold the Aces’ dominance on the offensive end.

“I can only speak for myself, [but their 28-point comeback] was in the back of my mind,” Wilson said. “The biggest thing was containing their runs. They played us through and through and gave us a run for our money.”

While the Sky couldn’t get anything to fall, their confidence never seemed to fade, and it speaks volume to the leadership of Parker, who previously won the “Best WNBA Player of the Year” Espy award.

“We’re not going to make excuses — that’s not what we’re going to do,” Parker said. “There were one or two shots [in the fourth quarter] where we could have cut the lead to five. Those are all ifs, and really it boils down to [the] first quarter.”

Chicago Sky head coach and general manager James Wade also talked about the team’s readiness, “It seemed like we weren’t ready to play at the beginning of the game,” he said. “That may have been on me.”

The final game of the second annual Commissioner’s Cup competition added another page to the rivalry between the Sky and Aces, which started in 2019 with Dearica Hamby’s infamous 38-foot game-winning heave to eliminate the Sky from the playoffs. The Western Conference is now 2-0 in the competition after the Storm defeated the Sun last year. 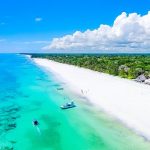 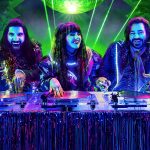