If you’ve been on social media, there’s no denying you’ve seen the critiques over Lil Nas X’s release of “Montero (Call Me By Your Name),” as well as the backlash he’s received over the music video which features Lil Nas giving Satan a lap dance. On top of that, Lil Nas was promoting a Nike shoe, aka “Satan Shoes,” that supposedly had drops of human blood (Nike has recently settled a lawsuit over the shoes ultimately blocking the selling of them). Lil Nas has received a lot of heat from various groups ranging from Christians to parents. Christians claim that Lil Nas X’s new image is satanic and is promoting such things. Parents claim that his music was originally made for children and that this new look and persona is inappropriate for his “targeted” audience. Okay, let’s dive into this, and please keep in mind this is MY opinion. Not everyone will agree and that’s perfectly fine.

First off, can we please agree that it is not an entertainer’s job to cater to one particular fan-base? When he first broke into the music industry in 2018, Lil Nas X never indicated that his music was made for kids. Many people try to guilt artists about releasing explicit songs because “kids may hear it” and it’s inappropriate for them. Recall that we’ve had this conversation when “WAP” was first released. Again, it is not the artist’s job to filter themselves for your kids. It is the parent’s job to keep their children from seeing things they may deem inappropriate for them.

Also, artists are going to evolve. Evolution is what makes good art and what makes musicians successful. Lil Nas shouldn’t be expected to walk around in a cowboy hat and all singing “Old Town Road” for the next 20 years. He has the right as an artist to change his style and sound as he continues to grow in whatever way he sees fit. If people don’t like it then they should simply ignore it.

At the end of the day, Lil Nas X is a grown man. He can do what he wants, and that includes having freedom over his image and style. I think that’s important for all of us to remember. 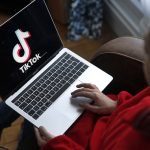 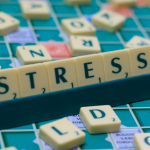