The six-episode Star Wars show, “Obi-Wan Kenobi,” comes out in a week! It takes place between the third and fourth movies, and seems to be about Obi-Wan guarding Luke on Tatooine. The president of Lucasfilm, Kathleen Kennedy, has said before that we’re going to see a rematch between Kenobi and Darth Vader. There is one problem with what sounds like an awesome show, however.

Unless prequels are set far, far back in the past, or we know little to no information about that era in the franchise, we as the audience, kind of already know what happens. Obviously, we don’t know everything, but if the movie or show is set only a few years before the originals, then we know what’s going to happen to the characters. Take Revenge of the Sith, for instance. It’s not a mystery about where Anakin is heading. We know he becomes Vader. It was a super great movie, and part of the fun was finding out how he became the bad guy, but in the end there were really no stakes.

There’s no question about whether Obi-Wan will live or die in the show. There’s no question whether he will kill Darth Vader or not. The audience even knows what happens to most of the antagonists, the inquisitors, if they’ve watched some of the other Star Wars shows. True, there are some new characters, like the new inquisitor played by Moses Ingram and Kumail Nanjiani’s mystery role, but in the end is a minor darkside user going to survive past A New Hope? No.

Like many spin-offs, “Obi-Wan Kenobi” will probably lack that feeling of suspense and potential for real consequences, but despite these shortcomings, the show will likely still be really good. It seems like a perfect testament to the prequel movies, and Ewan McGregor and Hayden Christensen have done a really amazing job as Anakin and Obi-Wan before. It seems like the perfect goodbye to the character. 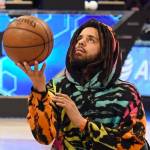 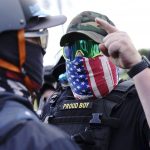