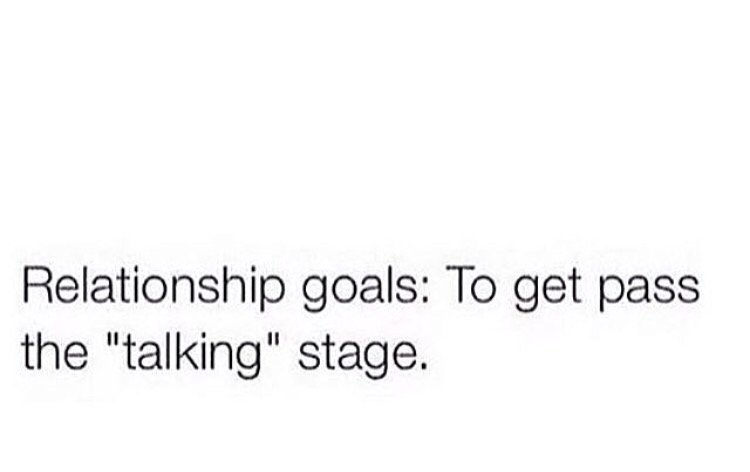 The other day this guy hit me up on Instagram with “You tryna talk” and for the first time regarding this subject I had to stop and ask myself… “What the heck does that even mean?” There are so many different expectations when it comes down to explaining what this is. Before I interviewed my friends I wanted nothing to do with the “talking stage” at all. I still don’t tbh. But, before I get into my own opinions I wanna kick off this article by sharing what a couple of my guy friends had to say about the topic.

“[The talking phase] is given a huge ass grey area because the definition of ‘talking’ is fluid as hell between people. Some people think talking allows you to talk to more than one person while some people only want you to talk to one person. So, it’s made expectations of relationships more confusing and complicated.

“Dating was literally going out and getting to know people. It was very clear cut. You dated until you had a boyfriend/girlfriend so you could literally get to know multiple [people].” –Jeremiah Shade, 17

“[Talking] is a phase that could F* up the entire relationship of two people if not done correctly, but everyone is different and the phase sometimes brings people closer.” –Val Vaca, 16

You read it here first folks; talking isn’t only confusing for the girls. The word can be manipulated so easily and can mean something entirely different ranging from one person to the next. Some people think it’s defined on a case by case basis while others will tell you there’s a correct way to do it. Speaking of the girls, check out what they had to say.

“I feel like there’s a certain time period when you need to move on from talking and actually be together. It’s like, if we’ve been talking for six months then it’s time for us to date. If we’re talking and are having sexual relations with each other then it’s time for us to be together. The first maybe like two months of the talking stage you’re still able to mess with other people, cause you’re still trying to see if the vibe is right.” –Ariana Everett, 16

I feel like we’ve formed this idea as a generation that dating indicates an exclusive relationship, when in reality it just means you’re interested in possibly forming a relationship with someone. In response, we formed a whole new stage in building a relationship that makes an already complicated process more complicated. Before, it used to be: meet, date, relationship, etc. Now, it’s meet, taaallllllk, date, relationship, etc.–and that’s if you ever get passed the talking stage. We’ve thrown in this super vague and undefined term that can be manipulated differently with each person. Some people will use the label to just steal the benefits without the loyalty of a relationship while others may actually take it seriously.

“I think talking is [manipulative] honestly. There’s getting to know a person, but talking doesn’t exist. Getting to know a person is a friendly thing but doesn’t have romantic feelings involved, but it can evolve into that of course. People can say they’re talking, and I’m not gonna ridicule them for it, but if that person decides to stop talking then the other shouldn’t get hurt by it because they were not an official thing.” –Heidi Wier, 17

No matter how involved or long the stage went on for, there’s the unwritten agreement that you’re not bound to one another and can dip at any point.

Hearing “talking doesn’t exist” was a first for me, and I totally get where she’s coming from. We’ve created this whole new label to put on the grace period before you get into dating someone and now it’s gotten so far as to be the reason we never get to the point of actually dating. One thing I continuously heard while having these conversations is that you can’t be upset with the other person if they decide they don’t wanna talk to you anymore. No matter how involved or long the stage went on for, there’s the unwritten agreement that you’re not bound to one another and can dip at any point. A lot of the time, being openly communicative about the number of people you’re talking to with the people you’re “talking” to is not required or expected. I’m not gonna sit here and tell you what talking is or how it should be done, because I haven’t the slightest clue and I really don’t think I ever will. What I’ve learned is that it’s different for every person and is really dependent on the way people vibe with each other.

I recommend having this conversation with your friends yourself because I can’t explain to you how insightful and relatable you might find the conversations. Here’s one thing a friend said that resonated with me the most.

“I believe that many people have lost hope in being in long relationships because of temporary fulfillment in the talking stage.” –Gabbrielle Crapps, 16

Talking is now the norm and we deal with it and it’s confusion because it’s what we’re used to. We’re so caught up in the talking stage that we rarely get around to forming real solid relationships. I think we need to work towards renormalizing dating until we form exclusivity with someone. Before having these conversations with my friends I would’ve said we should just get rid of the talking stage as a whole, but I think talking and dating can live in harmony. It’s so hard to avoid the talking stage, especially when you’re interested in someone who puts dating on a higher pedestal, which is super common among this generation of teens. So if that’s what you value then I’m all for it. I’d just like to find one someone I’m interested in that’s my age that is willing to go on dates and get to know each other without “talking” for eight months first. 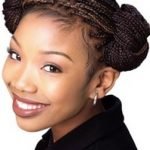 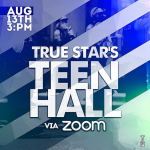