Netflix recently premiered the long-awaited “Selena: The Series.” The nine-episode show follows the life of Tejano superstar Selena Quintanilla-Perez as she and her family try to make a name for themselves in the music industry.

Selena is portrayed by The Walking Dead star Christan Serrantos. If you’ve ever watched the “Twilight” series you may remember her portraying Bella’s friend Angela Weber.

There were some drawbacks when it came to the Netflix series. Many people felt as though the casting for the series could’ve been done better and that the streaming service managed to white-washed the Queen by casting Serratos who is of Italian and Mexican descent. Many fans questioned why Chris Perez, Selena’s husband, had little to do with the series. He shared a post on Instagram at the start of the year that showed his character (portrayed by Jesse Possey, Tyler Possey’s younger brother) stating that he didn’t know what exactly was going on, but that he would like to find out. On top of that many fans were upset with the costume designs, specifically the wigs. Despite these drawbacks the series proved to display Selena’s star power as it debuted at No. 1 on Netflix’s top 10 trending list.

As a Selena fan myself, despite not being fluent in Spanish, I still find her music to be beautiful and that’s what I believe made Selena such an icon. She made everyone feel welcomed to her music. She’s managed to inspire some of the biggest acts in music today like Shakira, Beyonce (who actually met Selena in a mall when she was a preteen), and Solange. Twenty-five years later people are still paying tribute to her and the legacy she left behind.

Despite the mixed reviews the series has received thus far, I think we can appreciate how the series does go into more intimate details of the family’s start in the music business. We get to see how her brother, A.B., begins to write and produce some of Selena’s biggest hits with the help of members like backup singer Pete Astudillo who is portrayed by Julio Macias (aka Spooky from “On My Block”) and keyboardist Ricky Vela. We also get the story behind different album covers. For example, Selena’s self-titled debut album in 1989 featured a more stern Selena on the cover.  We later find out in the series that Selena was upset during the photoshoot and didn’t like how her makeup was done and her outfit. For her second album, Ven Conmigo, we find out that Selena had cut her hair and dyed it black a day before the photoshoot for the cover. On top of that there was still black dye left near her ear and therefore they made the decision to make the album cover black and white.

Last but not least the series did showcase some of Selena’s underrated hits such as “Dame Un Beso,” “Besitos,” “Sukiyaki,” “Enamorada De Ti,” “Ven Conmigo,” and “Amame” (Yes I just put you on. You’re welcome). Thanks to the success, the series has been set to have a second season. Will you be tuning in? 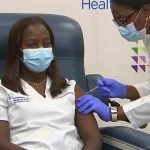 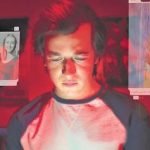