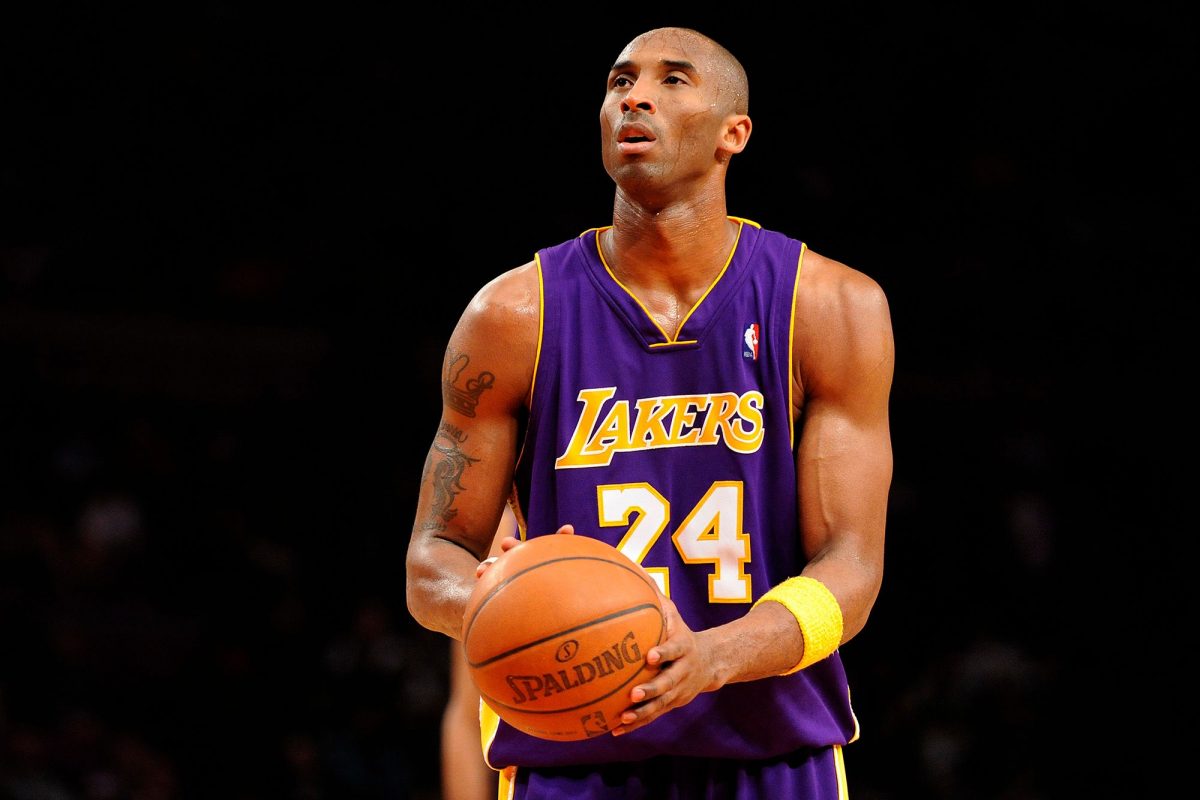 Kobe Bryant’s untimely death is one that NBA fans will always remember because of how sudden, unexpected, and tragic it was. While Bryant’s time on Earth was way too short, one can still take away several lessons from the life he lived.

In my opinion, out of all NBA players in history, Kobe Bryant was the hardest worker. Through several true stories, such as Bryant staying after school every day and playing 1-on-1 until he scored 100 points (playing by 1 and 2s), to him practicing his shots at 3 AM while with the USA Olympic team (it’s good to know that practice didn’t start for 8 hours), it’s rather easy to see just how different Bryant was when it came to his work ethic. While I think having HALF of Bryant’s work ethic is way more than enough for the average person, his work ethic, now famously known as the Mamba Mentality, proves that anyone can do anything as long as they set their mind to it. But as you’ll see, Bryant often did this with more than just basketball.

#LegacyandtheQueen is dropping September 3rd and is finally available for pre-order! This novel is a powerful coming-of-age tale and enchanting sports fantasy about finding your inner magic. With the world turned against her and the orphanage at stake, Legacy has to learn to use her passion for the game to rise above those around her and shine. I am beyond proud of the lessons of sacrifice, determination, personal growth, and friendship included in this book that I can pass down to my girls. As a father, I wish you all the best in your own process of becoming a champion. Follow @Granity to keep up with the journey. Link to pre-order is in bio. #GranityStudios

Stepping Outside The Box

It would be much easier for Bryant, or anyone for that matter, to simply stick to what they’re good at and continue doing that. However, Bryant wasn’t all about just sticking to doing what he was good at. Even before his retirement from the NBA in 2016, the Black Mamba had shown how versatile someone can be. He not only continued his studies (he often worked out WHILE studying) despite being in the NBA, but he released a hit rap song in the early 2000s and has done a multitude of things while he was retired. His most noteworthy accomplishment was winning an Oscar and Emmy for his short film, Dear Basketball. Along with this, he also released a children’s book series, which just shows off the possible versatility that anyone can have.

I created @Granity Studios as a way of teaching valuable life lessons to the next generation. Our stories represent a competitive mindset about being the best at what you do. The principles built within #EPOCA: The Tree of Ecrof inspire, motivate, and encourage those who are looking to harness their inner magic – or #grana. EPOCA is available Nov. 12 wherever you buy or listen to books. Click the link in my bio to pre-order. #GranityStudios

Spending Time With Loved Ones.

Bryant, despite being a crazy competitor and a hard worker, always found time to spend time with his family. It was well documented that he coached his daughter’s basketball team and would go to Laker games with family. In some way or form, he would always make time for what is most important: family. Family above all peeps.

My girls and I want to thank the millions of people who’ve shown support and love during this horrific time. Thank you for all the prayers. We definitely need them. We are completely devastated by the sudden loss of my adoring husband, Kobe — the amazing father of our children; and my beautiful, sweet Gianna — a loving, thoughtful, and wonderful daughter, and amazing sister to Natalia, Bianka, and Capri. We are also devastated for the families who lost their loved ones on Sunday, and we share in their grief intimately. There aren’t enough words to describe our pain right now. I take comfort in knowing that Kobe and Gigi both knew that they were so deeply loved. We were so incredibly blessed to have them in our lives. I wish they were here with us forever. They were our beautiful blessings taken from us too soon. I’m not sure what our lives hold beyond today, and it’s impossible to imagine life without them. But we wake up each day, trying to keep pushing because Kobe, and our baby girl, Gigi, are shining on us to light the way. Our love for them is endless — and that’s to say, immeasurable. I just wish I could hug them, kiss them and bless them. Have them here with us, forever. Thank you for sharing your joy, your grief and your support with us. We ask that you grant us the respect and privacy we will need to navigate this new reality. To honor our Team Mamba family, the Mamba Sports Foundation has set up the MambaOnThree Fund to help support the other families affected by this tragedy. To donate, please go to MambaOnThree.org. To further Kobe and Gianna’s legacy in youth sports, please visit MambaSportsFoundation.org. Thank you so much for lifting us up in your prayers, and for loving Kobe, Gigi, Natalia, Bianka, Capri and me. #Mamba #Mambacita #GirlsDad #DaddysGirls #Family ❤️

What did you learn from Kobe? Hit me up and let me know.