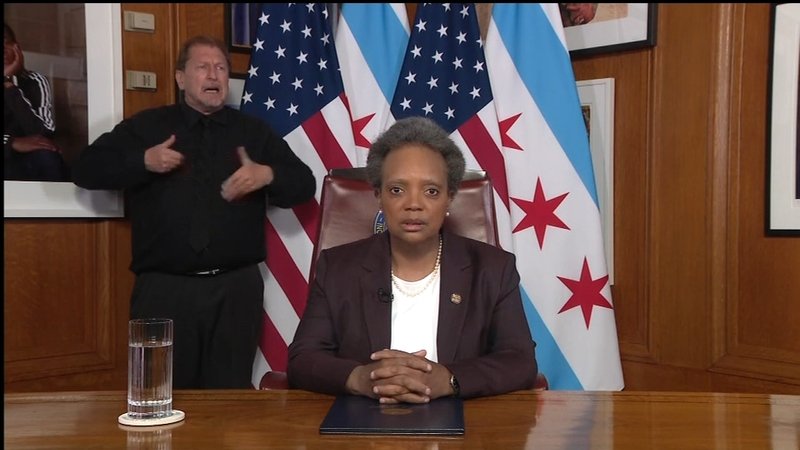 On June 2nd, mayor Lightfoot addressed the public in a “Stand for Peace” following the aftereffects caused by the murder of George Floyd, an innocent Black man who’s unjust death lead to unrest across the globe. In her address, she vocalizes her hope for the future, shame toward the four officers involved in Floyd’s death, the history of mistreatment toward Black people in America, and the need for change. More importantly, she addresses the reforms that must be implemented within the Chicago Police Department within 90 days of June 2nd.

“All four were complicit. None followed their training, none intervened, and all felt entitled to abuse the privilege and honor of their badge to rob George Floyd of his humanity, his future and his life.”

“To the thousands of people here in Chicago and across the country who engaged in peaceful, non-violent protests for change, I stand with you.”

“Let’s get it done. The superintendent and the department must be totally transparent in these efforts. This is just a start, not the end of our journey for police reform and accountability.”

The mayor’s directives toward police reforms place a lot of focus on building police relations with the community and strengthening their engagement. This is expected to be done through increasing police accountability, crisis intervention to de-escalate situations, improving officer training programs by educating and interacting them with the community, and placing more focus on the wellness of the officers through increased peer support.

Given everything that has happened, I wanted the opinions of my peers on the matter to see whether they viewed this as a progressive and effective start to fixing the long overlooked corruption rooted in the injustice system. Here’s what a few of them had to say:

“I do feel like that’s a good first step, but I also feel like that has been said for many years and nothing ever comes from it. It’s progressive but not effective. You cannot have peers holding peers accountable. There are systematic changes that need to be made in order for progress to be seen.”–Jeremiah Shade, rising senior at Whitney M. Young

“I think it’s somewhat progressive because it’s showing that they’re trying to change how the department is run in hopes of a positive outcome as a response to the protests/riots, but I don’t know if it’ll be effective. I’ve heard of Chicago trying similar ideas like this in the past, in terms of officers building relationships in the community and it not going so well, so I guess We’ll see.” –Cameron Cogler, rising senior at The Chicago High School for the Arts.

These two opinions are similar as they express doubt due to previous statements that promised the same outcome but put no action behind it, given that these reforms are not already present today. I can’t say that I disagree with their doubt. What I can say is that hope is not enough to guarantee a system that is equal and free of discrimination and injustice. Actions must be put behind words and intent must be put behind action in order to see and sustain progress in the right direction.

Lightfoot ended her address by willing us all to embrace our diversity and “Stand for peace.”