Some of you may remember when I wrote the IGOR album review (shameless self plug; read here) where I ranted and raved over how bomb the album is. Well, I actually got to go to the concert in Chicago, and I completely lost my mind when I saw him in that suit and that blonde wig. It was honestly one of the best things I’ve ever experienced in my 17 years of living.

The concert was at the Credit Union 1 Arena, or UIC Pavilion, on the near West Side. The line to get in was literally wrapped around the corner. You could see the excitement on everyone’s faces and the energy was just amazing.

Not only did I get to experience being in the same room as Tyler, the Creator, but GoldLink and Jaden Smith were there too. I’ve been loving Jaden for as long as I can remember; like since the Karate Kid, “Never Say Never” music video days. So to see him in person made my entire life. I used to hear “Crew” by GoldLink on the radio all the time and it’s a bop, so to see him was amazing too.

Tyler, the Creator is a great performer whose stage presence is unmatched. His energy didn’t waver at all throughout the entire concert and the crowd was feeling it. In between songs he talking to the audience and made us laugh. It was great to see that he had a personality and wasn’t just singing at us all night.

Of course he performed “EARFQUAKE.” Would it really be the IGOR tour if he didn’t? He sang “I THINK,” “A BOY IS A GUN,” “I DON’T LOVE YOU ANYMORE,” and basically every other song on the latest album. He threw a few throwbacks in there too. Hearing songs like “Yonkers” and “She” that sparked my love for Tyler years ago, took me back to middle school when I first discovered him and was completely obsessed. I screamed the lyrics to every single song and lost my voice, but it was honestly so worth it and I would do it all over again if I was ever presented the chance.

Speaking of voices, Tyler’s voice was amazing live. It pretty much sounded exactly like the studio version of all the songs. You could hear all the raw emotion in each performance, and you could tell he felt every single lyric he sang out to the crowd. I’ve been to many concerts before, but none could ever measure up to this one.

My favorite moment of the concert, however, was Jaden Smith singing “Summertime In Paris.” He had everyone hold up their phone flashlights and wave them around while he sang. That was probably one of the most beautiful things I’ve ever been a part of.

Listening to IGOR will give me an entirely new feeling now and will forever make me think of that night. I’m so grateful that I got to experience seeing one of my idols in person. If you’re ever presented with the opportunity, I highly recommend you going to see Tyler, the Creator Live. 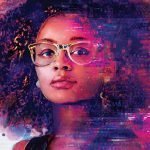 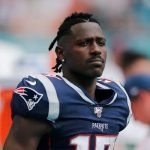